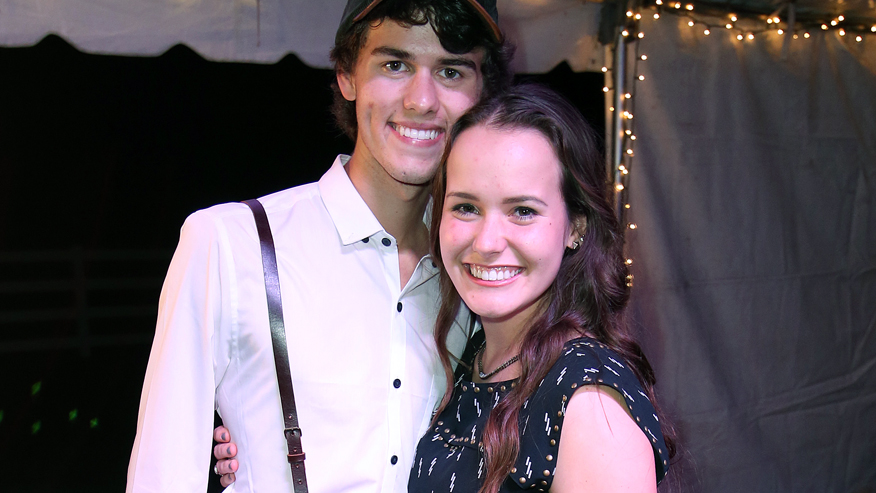 “I had an amazing time!” John Luke Robertson, 19, told US Magazine.

The new Mrs Robertson, 19, said: “I had an amazing time! It was one of the best days of my life! It was everything I hoped it would be and more.”

The couple exchanged vows at John Luke’s family farm in West Monroe, Louisiana., the ceremony was attended by over 800 family and friends at the outdoor occasion.

A local band played acoustic versions of The Beatles’ “Here Comes the Sun”, “Sweet Caroline,” “Amazing Grace,” and “Stand By Me.”

Guests later noshed on grilled chicken skewers with vegetables, mini tacos and hamburgers, barbecue shrimp, and brisket sliders at the reception, wedding planner Erin Vowell tells Us. For dessert, attendees were treated to a six tier white cake adorned with flowers, and tasty cronuts instead of a typical groom’s cake.

“[Mary Kate] wanted it real fun, real casual, and she wanted flowers to be a big central point of it all,” the couples wedding planner Bethany Sigrest states.

John Luke proposed on his 19th birthday in October 2014. “I am so excited to marry my best friend. I know my parents [Willie and Korie Robertson] married young as well, and they have always been examples of what ‘could be’ to me. Fast-forward 22 years and they are more in love than ever, and I hope Mary Kate and I are the same way in the years to come. God has truly blessed us.”

John Luke and Mary Kate, 19, first met in 2010 at a Christian summer camp and began dating in March 2013. “I had tried to date her before, and she kept turning me down! I just kept at it and she finally said yes! I just knew [she was the one].”

The newlyweds will be both be going to Liberty University in the fall. Mary Kate had stopped attending Louisiana Tech to plan the wedding.

Congratulations to the happy couple!

Married! John Luke & Mary Kate Robertson #TheRobertsons #DuckDynasty #DuckCommander @young_and_beardless @missmarymcmcmc Therefore shall a man leave his father and his mother, and shall cleave unto his wife: and they shall be one flesh. Genesis 2:24 #Bible

Amazon
Duck Dynasty • The Good, the Bad, and the Grace of God: What Honesty and Pain Taught Us About Faith, Family, and Forgiveness

Bruce Jenner In Peach Dress In New “I Am Cait” Preview

Bruce Jenner In Peach Dress In New “I Am Cait” Preview