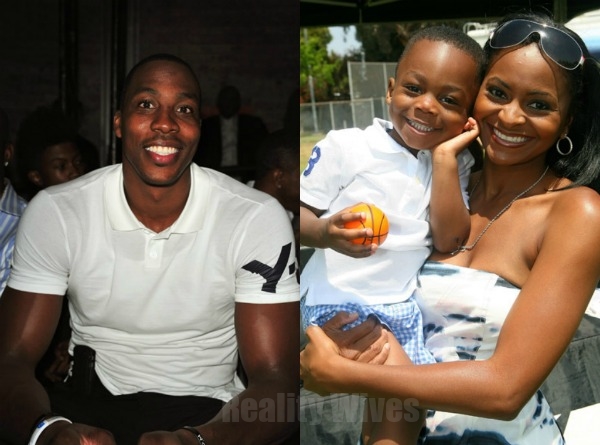 Dwight Howard and former Basketball Wives star Royce Reed are the messiest couple in a while. Dwight is now under investigation for child abuse towards his son Braylon, with Royce Reed. As far as we know Dwight is only going after custody for his son with Royce, while the children he has with 8 or 9 other women are with their mothers. We can only surmise he really loved Royce and wants to punish her or he really hates her and wants to punish her. They’ve had some really crazy lawsuits, one was Dwight suing Royce for $500,000,000 yes $500 MILLION for speaking his name.

According to TMZ Dwight Howard was under investigation for child abuse and said he was punishing his son with a belt, then allegedly the authorities found that Dwight did not break the law.

The mother of Howard’s son Braylon contacted Children’s Services in the Orlando, FL in August and complained he had whipped their 6-year-old son Braylon with a belt, leaving bruises and abrasions on his leg.

A case worker visited Braylon to a nearby medical facility to evaluate the boy and document the injuries.

Authorities stated they interviewed Dwight and he confessed to beating his son with a belt, but said he didn’t realize there was anything wrong with it because he was disciplined the same way as a child. Dwight’s lawyer filed legal documents claiming he never caused marks, bruises, welts or injuries requiring medical treatment.

Allegedly Children’s Services closed the case after determining the injuries depicted in the photos were not caused by a belt. Dwight has also filed legal documents on Wednesday and he wants full custody, claiming Royce is a shockingly unfit mother who gives the kid psychotropic drugs just so she can have a chemical babysitter.

Dwight’s rep claims that, authorities found the allegations “frivolous. It’s no coincidence that these false allegations were ‘leaked’ on the heels of Dwight filing for major custody of his son. It is troubling to see a mother use her son as a pawn against his father. Dwight will do whatever is necessary to protect [the child’s] welfare and best interests.”

Royce Reed posted a statement on Instagram a few hours ago stating:
“The case is not closed and he is/was not cleared! The investigation is still open as he refuses to speak to the police. So whoever these reps are that are and trying to slander me, just know the gloves are off and I’m not the one to play with when it comes to my son. That is all.”

& “It’s really hard when you feel like an ant fighting an elephant… Yall have no idea. Don’t judge my story by the chapter you walked in on. Strength gets you far but attempting to have faith when you’re weakening is the true fight…” 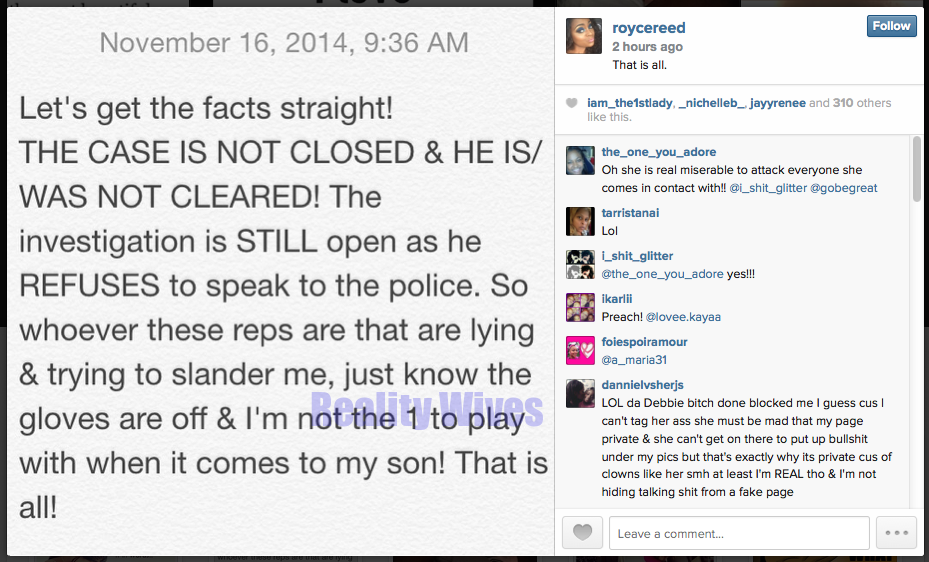 Stay tuned for more info on this messy situation. What are your thoughts? Post your comments below.