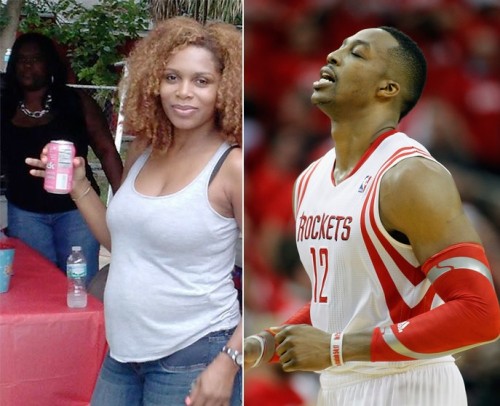 Is Dwight Howard trying to repopulate the earth? From previous articles we posted, we actually don’t know the exact number of children Dwight Super Sperm Howard has. From conversations on twitter he has at least 7 children. Check the links below.

via Terez Owens:
Houston Rockets big man Dwight Howard really needs to start seriously thinking about getting snipped, because we’ve been scooped the NBA player known as Superman is about to have another baby. Our sources tell us his # 2 baby mama is once again pregnant, allegedly with Dwight’s super sperm. So if we want to gather up a tally, that would be six children from five women. Dwight’s sperm has no chill.-TO