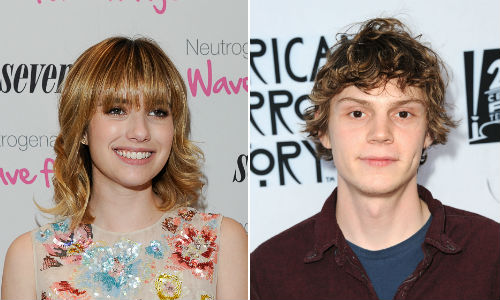 Emma Roberts is an abuser it seems. As she beat her boyfriend in the face in Montreal.

via TMZ:
Emma Roberts was arrested for a domestic violence incident in Canada after allegedly bloodying her boyfriend, Evan Peters. 22-year-old Emma, Eric Roberts’ daughter and Julia Roberts’ niece was taken into custody early July 7 in Montreal after getting in an altercation with Peters who stars in “American Horror Story.”

Emma was released hours later because 26-year-old Evan did not want to press charges. Emma and Evan were hitting each other and she was arrested because he had obvious physical injuries. The sources deny Emma bit Evan. Our sources also say the couple is back together and both are working on “American Horror Story.”

Emma and Evan released this statement:
“It was an unfortunate incident and misunderstanding. Ms. Roberts was released after questioning and the couple are working together to move past it.”

Well this is a bit tragic. If Even had hit Emma – the public would be outraged and calling for his head. What are your thoughts? Post your comments below.

Beyonce & Blue Ivy At The Beach