Entire Cast Of RHONY To Be Fired, Except For Ramona Singer & Aviva Drescher 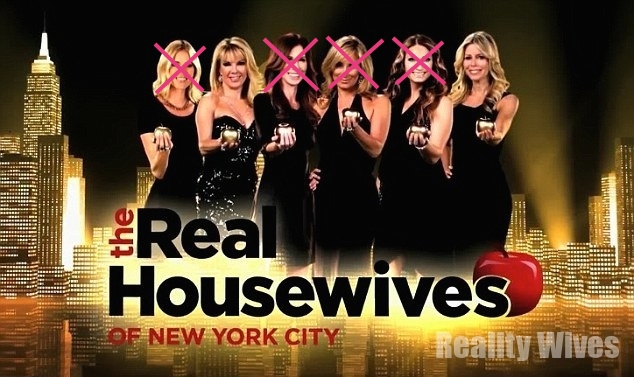 via Radar Online:
Housewives of New York … you’re fired! As the current season of the Real Housewives of New York continues to tank in the ratings, RadarOnline.com has exclusively learned that Bravo bosses have decided to axe the entire cast — except for Ramona Singer. In fact, sources tell Radar, auditions for new ladies are already underway!

“Bravo doesn’t want to cancel the series because New York is the unofficial capital of the United States,” an insider told Radar. “The amount of wealth concentrated into such a small area makes it a major draw.”

But the series sinking ratings are simply unacceptable, and so, “The entire current cast, including Sonja Morgan, Heather Thomas, Luann de Lesseps, and Carole Radzwill are all expected to get pinks slips,” the source said.

At this point, “Ramona will most likely be offered a contract to come back,” according to the source, “and Aviva Drescher could be offered a much smaller role, of series guest star.”

As for the new cast members, the insider explained, “Expect them to be over-the-top wealthy and very charismatic with multiple estates.”

Though the current series’ stars have plenty of drama in their personal lives — cheating scandals, bankruptcies, and boy toys – much of the major excitement has happened off-screen. As a result, viewers have been tuning out in increasing numbers since the first episode, which brought in a measly 1.33 million viewers — the lowest number since the show debuted.

Indeed, the episode that aired on June 17, garnered fewer than one million viewers for the first time since the series premiered in 2008, according to BravoRatings.com.

“The ladies just aren’t connecting with viewers and they need something major to happen to them,” a source previously told Radar.