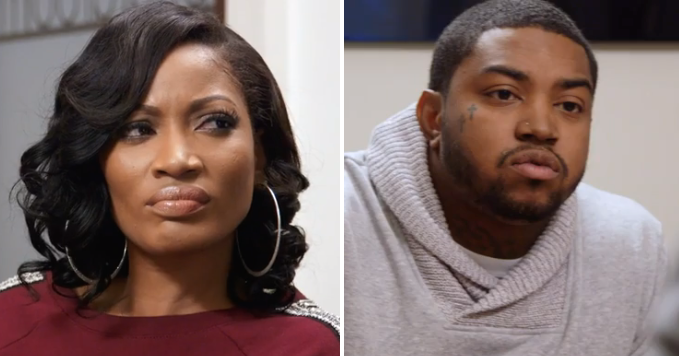 A judge on Wednesday 12th August signed a “family violence” protective order, barring Lil Scrappy from being within 100 yards of Erica for the next year after she told the court he assaulted her as they filmed scenes for Love & Hip Hop Atlanta.

Erica said in court papers seeking the protective order that her child’s father “aggressively attempted to attack me and had to be restrained on several occasions. During a scheduled work related filming, the respondent became enraged during a conversation while attempting to attack me and further throwing an object at me. Although we meet to exchange custody of our daughter, I am extremely uncomfortable doing so after his erratic behavior,”

Erica said in court papers, adding that she believes Scrappy will hurt her if he finds out her new address.

The couple is also in the midst of a child custody battle, with Erica asking that the court award her sole custody of Emani and require Scrappy to have a court-approved monitor in order to spend time with the girl. Erica also wants Scrappy to get tested for drugs and alcohol and go to rehab.

Scrappy said in his own custody filing that Emani lived with him for the last two years and was scared of Erica. He said Erica has dissed him in front of the girl, often won’t let him speak to her when she has her and has refused to co-parent with him. 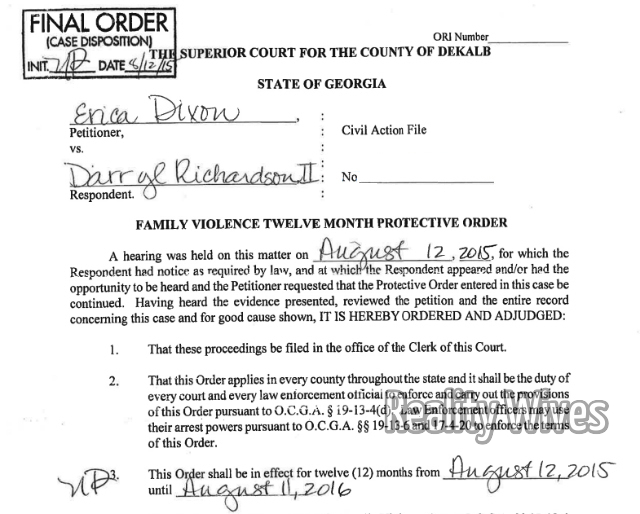 A Georgia Superior Court judge is set to rule on changing their child custody agreement next week.