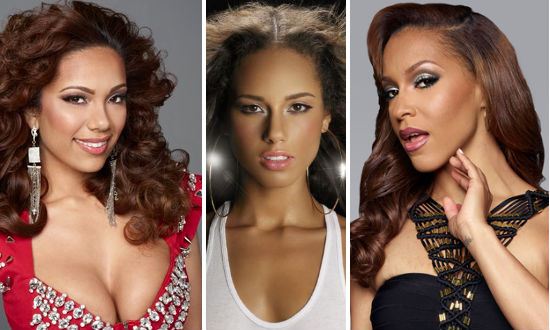 The urban model-turned-author chats exclusively with Juicy about everything happening this season, including if she’s Team Tara or Team Amina, how she feels about co-star Nya Lee‘s rap skills, and if there is more than meets the eye between her relationships with Cyn Santana and ex Rich Dollaz.

Juicy: What are your thoughts on this whole Peter Gunz situation?
EM: You’re seeing a hypocrite at it’s best. This is the same guy that was anti-me and Rich and went real hard to kind of prove his point that we shouldn’t be together and it’s sad that the same person that was giving all this great advice last year needs to be taking his own just as much as anybody. Karma’s a bitch and as you can see he’s deteriorating and his dirty feet aren’t getting far.

Juicy: How did the love triangle fight between Tara and Amina compare to you and Tiffnay Foxx last year?
EM: Peter needs Iyanla to save his life right now, but I think my fight was worse. I made the girl bleed right?

Juicy: Are you Team Tara or Team Amina?
EM: I actually became an Amina fan when she pulled out that ID. Let’s not forget Alicia Keys did the same thing but no one bashes her. It’s not talked about because it’s all about how the story gets put out there, but it’s the same scenario. The only thing different is Alicia Keys really did know he was married.

Juicy: At the premiere you guys were alluded to threesomes, is that how you, CYN, and RICH get down?
EM: We’re early in the season so you guys have to wait and see. Now their started to have to deal with each other so hopefully we could be one big happy family, but Rich is always going to be here so if I’m with a woman or whoever. It’s always going to be a three some around here.