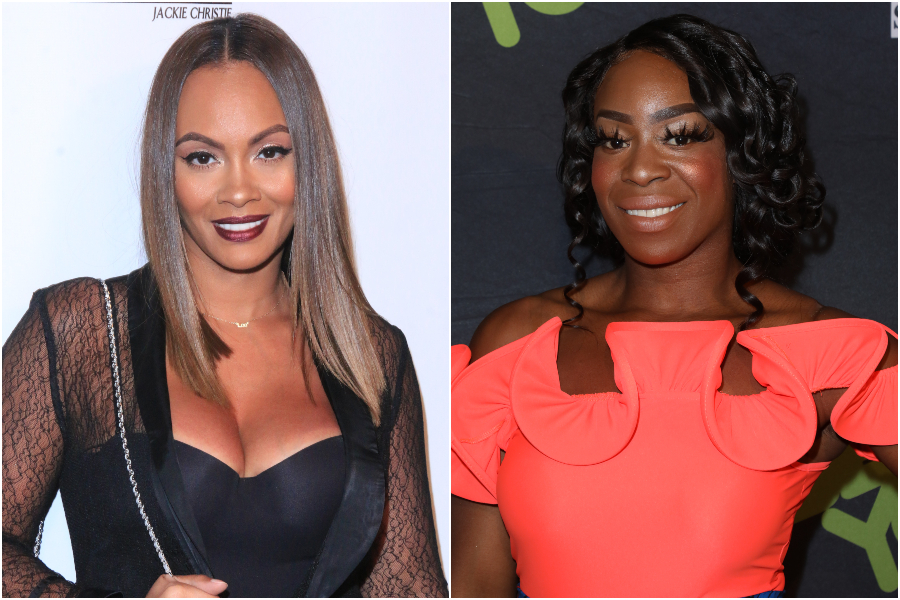 Basketball Wives star Evelyn Lozada has filed a lawsuit against her co-star Ogum ‘OG’ Chijindu, accusing her of lying.

According to the court documents, the reality star is suing Ogom “OG”Chijindu for defamation and intentional infliction of emotional distress.

On the 11th September, 2019, Evelyn says OG reposted her Instagram story captioned, “WOW, SO NOW BLACK WOMEN ARE MONKEYS? EVERYONE BOYCOTT THIS TRASHBOX YOU ARE DISGUSTING. AND THERE IT IS.. YOU SHOW YOUR TRUE COLORS YOU RACIST BIGOT” 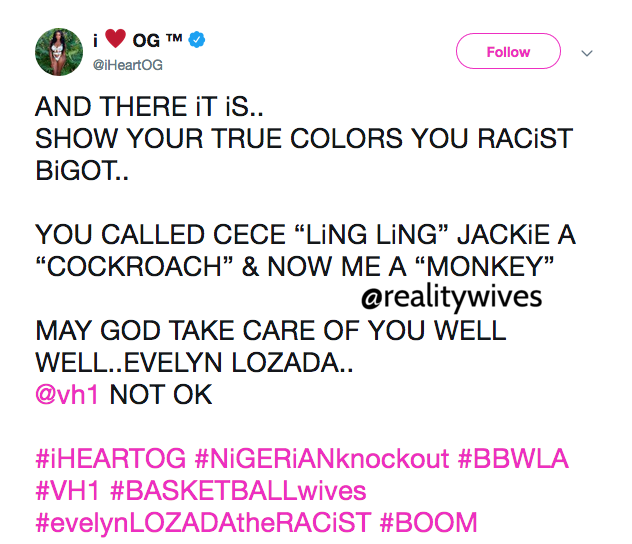 OG tweeted her comments along with an instagram story Evelyn posted with a primate’s picture below: 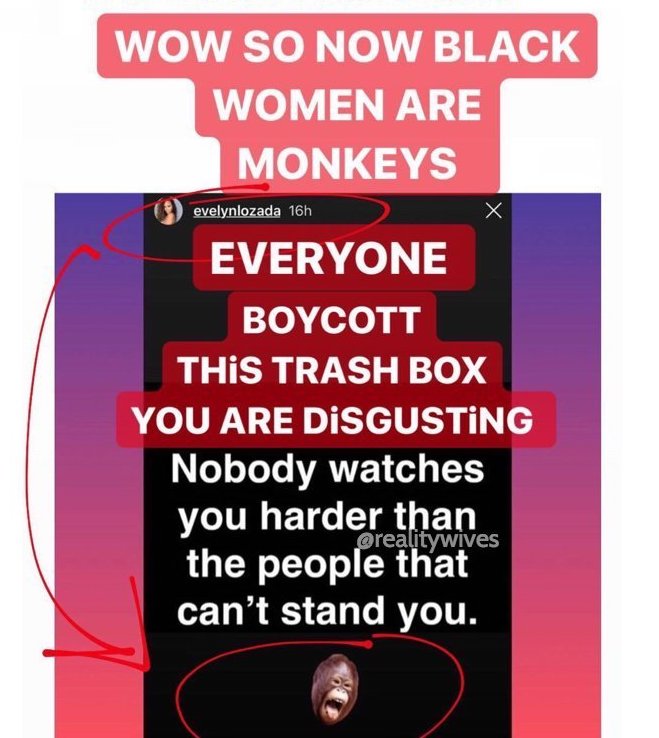 Evelyn says, “This entire defamatory statement is false as stated” by OG. She claims her co-star’s statements were false when she said them.

Evelyn points out she is of Hispanic descent and her two children are of African and Hispanic descent. She also is the chairperson of the Evelyn Lozada Foundation which raises money for domestic violence victims.

As a result of the statements, Evelyn claims she has, ”sustained serious financial harm through loss of income as well as serious and permanent injuries.”

She is suing OG for unspecified damages. The lawsuit was filed by Evelyn’s attorney, Corey Boddie.