The Marriage Is Over 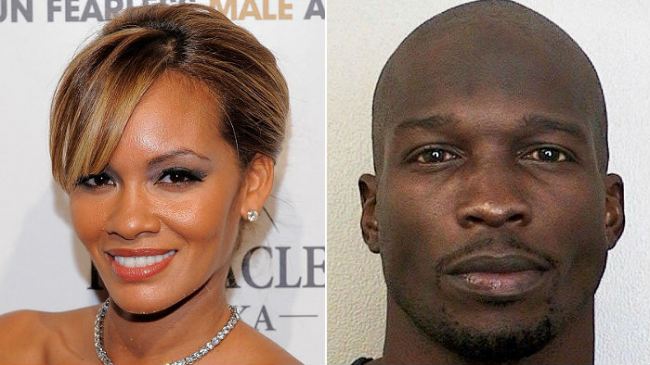 It comes as no surprise that Evelyn Lozada has filed for divorce from her husband, Chad ‘Ochocinco’ Johnson of 41 days.

As you know Chad was arrested after head-butting his wife after an argument over Evelyn found a receipt for condoms in his car. She fled to a neighbors home who called the police. Chad then claimed that Evelyn head-butted him.

“I would like to apologize to everyone for the recent events that have occurred. I would like to wish Evelyn well and will never say anything bad about her because I truly love her to death. I will continue to be positive and train hard for another opportunity in the NFL. To all the fans and supporters I have disappointed, you have my sincerest apologies. I will stay positive and get through this tough period in my life.”

I’m sad to see this couple’s marriage, end in this way, I truly hoped it would work. Chad, you messed up, marriage isn’t a joke and your wife isn’t to be hit, head-butted or treated so poorly. God be with you both during this horrific and sad moment in both of your lives.