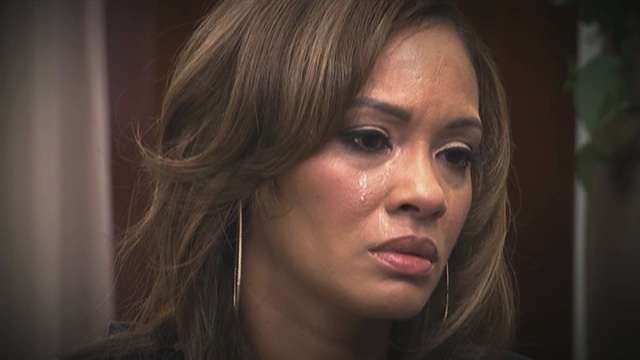 EVELYN LOZADA IN THE EMOTIONAL SERIES PREMIERE OF ‘IYANLA: FIX MY LIFE’

Los Angeles, CA – The SEASON premiere of THE GROUNDBREAKING NEW SERIES “Iyanla: Fix My Life” features life coach Iyanla Vanzant as she confronts the heartbreak and personal crisis of “Basketball Wives” star Evelyn Lozada, estranged wife of NFL star Chad Ochocinco Johnson. Vanzant works to uncover the source of Lozada’s innermost pain, giving her the tools to let go and move forward with her life. Explosive secrets are uncovered and difficult truths are faced in the powerful two-part series premiere airing Saturday, September 15 and 22 at 10 p.m. ET/PT on OWN: Oprah Winfrey Network.

In “Iyanla: Fix My Life,” Vanzant travels the country on a mission to restore relationships and heal lives in a riveting and revealing new series. Earlier this summer, Vanzant visited Miami to meet newlyweds Johnson and Lozada and explore the couple’s publicly volatile relationship. Despite Johnson choosing not to participate in the session, Vanzant and Lozada connected one-on-one and tapped into the deep-rooted anger, resentment and insecurities that have plagued Lozada.

Weeks later, after the shocking allegations of a domestic violence incident came to light, Vanzant reconnected with an emotionally raw Lozada in New York for a no-holds-barred conversation that details the eye-opening events of the night that led Lozada to file for divorce.