Two weeks after her estranged husband Chad ‘Ochocinco’ Johnson was arrested for allegedly head-butting her during an altercation, Evelyn Lozada appears to be happy again. The Basketball Wives star, 36, was spotted relaxing with a group of friends on a beach in Barbados with friends. 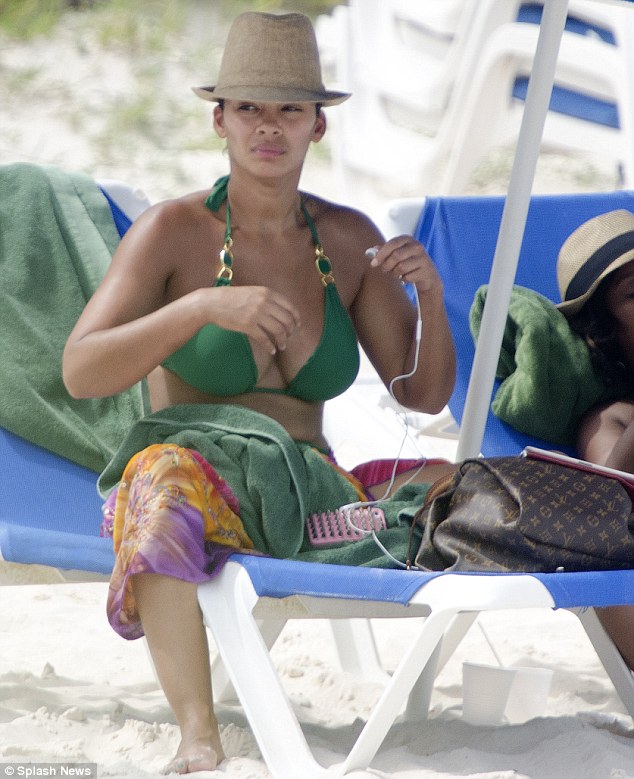 Evelyn has since filed for divorce after 41 days of marriage and plans to move on with her life. Allegedly Evelyn is wearing hats to cover he laceration caused by Chad head-butting her. Lozada was previously engaged to NBA star Antoine Walker, with whom she had a ten-year relationship. Her courtship with NFL star Chad Johnson was documented on Basketball Wives; they married in Saint Martin on July 4. On August 14 Lozada filed for divorce, claiming her marriage to Johnson was ‘irretrievably broken’. The footballer, who has four children from previous relationships, reportedly conducted affairs with several women he met via his Twitter account, including a stripper called Amber Priddy and a mother-of-two from Miami called Bianca Zuluaga. 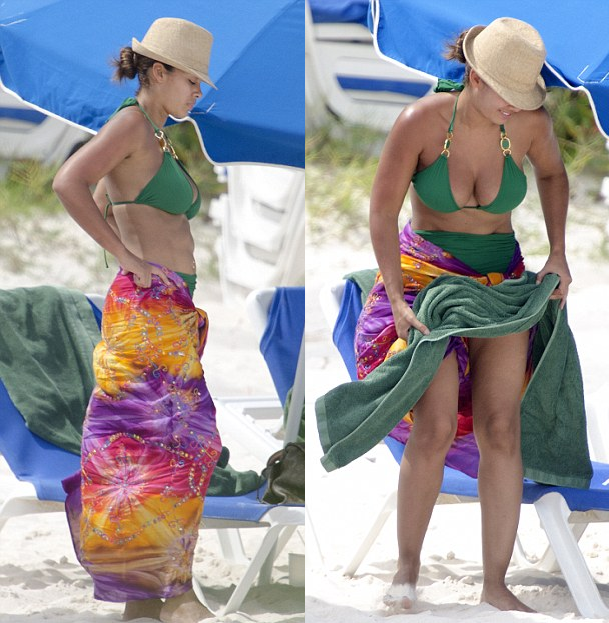 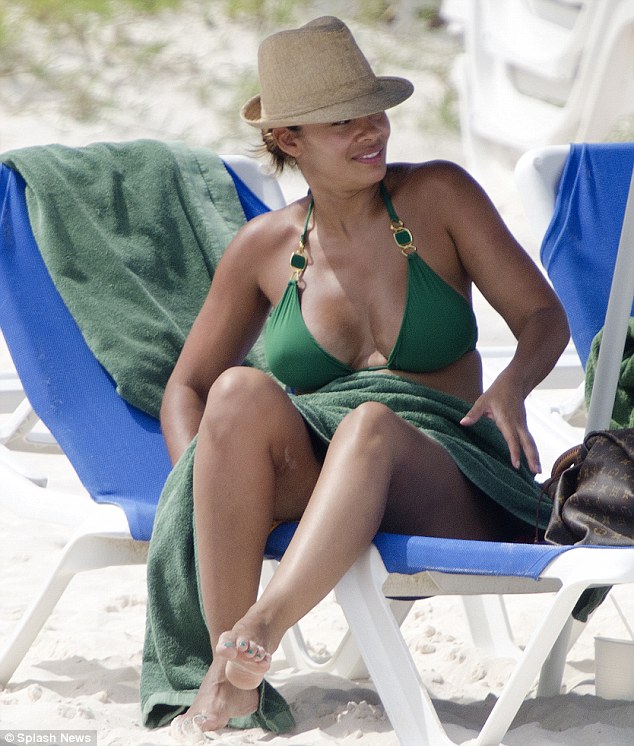 Smiling again: Evelyn flashed a grin as she enjoyed a laugh with her friends