Evelyn Talks About Sex With Chad 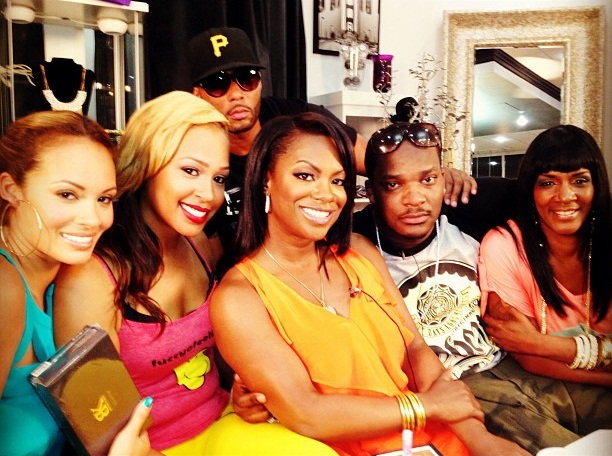 Evelyn On if she cares if Chad cheats
I care. I’m not going to say that I don’t care, but I’m not going to stress myself to a point that I’m trying to do everything to stop him. Listen, if you want to go and f-ck then whatever, like I’m 36. I’m not trying to stress about that sh-t. It is what it is and I truly feel like a man is going to do what he wants to do no matter what you do.

On whether she swallows and tosses salads
Yes for both but wait let me make something clear; I have eaten a** but not Chad’s a**. His not into that [laugh]

On whether the other girl ate her box
Yes

On her favorite position
I like being on top. I’m a rider.

Momma Dee aka Momma Jones from Love & Hip Hop Atlanta also appeared on the show. Lil Scrappy’s mother revealed she had no regrets about her pimp days because it fed her kids:

I took care of my kids with my pimping money. I was a nurse by trade in 96′ but unfortunately I was in a head on collision, so I couldn’t work. In the midst of that I had to take care of my kids so I snatched up two hoes at the time and then…I’m a pimp by blood but no relation you heard me. I was taught by older pimps! They were like, ‘is this what you want’ ? I said, ‘Yeah, hell I want it.’ He said, ‘Well watch’ and I watched how they treated women and how they would go into strip joints and how they played them, so i said, ‘oh this is a mind thing’. When you get in the head, the tail is going to follow so at the end of the day, I just paid attention. I was a good pupil, so when I got out there it was on. I make no apologies, no excuses to no one. I fed my kids. I didn’t go and take, they gave.