Ex-Convict, 34, Raped Ex-Girlfriend, Killing Her, Eating Her Heart, Lungs & Brains While He Was Out On Bail 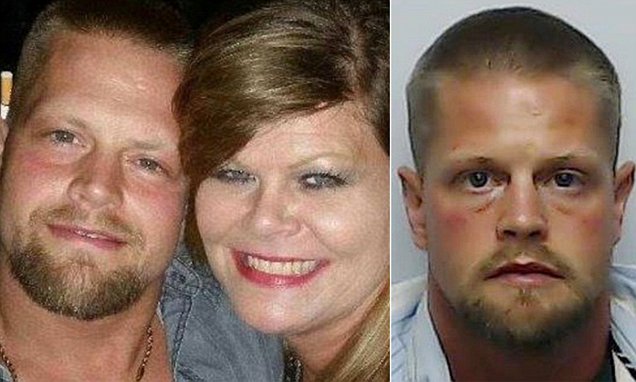 Joseph Oberhansley, is charged with murder & abuse of a corpse in the death of 46-year-old Tammy Jo Harbin Blanton.

via The Courier Journal:
Attorneys for confessed cannibal Joseph Oberhansley have asked a judge to move the high-profile case to another county and are pleading for Oberhansley to be removed from isolation and placed in general population.

Clark County Circuit Judge Vicki Carmichael has not yet decided when to hear arguments on those issues, but on Tuesday ordered a May 4 hearing about prosecutor Jeremy Mull’s request to add rape as an aggravating charge for jurors to consider in a capital punishment phase, if he is found guilty of murdering his 46-year-old former girlfriend, Tammy Jo Blanton.

Mull’s motion to amend the charges to include rape stems from recently returned Indiana state laboratory results on Blanton’s body. Rape, burglary and dismemberment are among the required aggravating circumstances under Indiana law for seeking capital punishment.

Juries in Indiana are not allowed to recommend a death sentence or life without parole unless they unanimously agree that the state has proved at least one alleged aggravating circumstance beyond a reasonable doubt, according to state law.

Parties in the case also have agreed to submit a scheduling order by April 30, including a trial date.

Oberhansley, 34, confessed to breaking into Blanton’s house on Sept. 11, according to sworn affidavits from Jeffersonville police interviews. 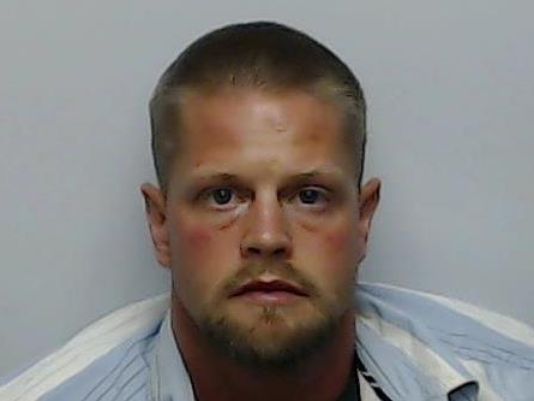 He also confessed to killing her with a knife, then using an electric jigsaw to cut open her skull before eating parts of her brain, heart and a lung, according to a probable-cause affidavit filed Sept. 15 by Jeffersonville police Detective Todd Hollis.

A crime-scene cleanup contractor told police he was wiping the bathroom floor Sept. 12 when he spotted a bloodied jigsaw blade partially underneath a trash can, according to court records.

During Oberhansley’s initial hearing on Sept. 15, the court entered an initial denial plea on his behalf.

Oberhansley also told Carmichael that police had the wrong man, his name was “Zeus Brown” and he denied knowing his age or citizenship, The Courier-Journal reported.

On Sept. 11, Jeffersonville Police responded twice to Blanton’s home in the 300 block of Locust Street near downtown.

Blanton initially called 911 about 3 a.m., saying her ex-boyfriend was outside and refused to leave. She told police when they arrived that she had broken up with Oberhansley and the locks had been changed, according to the affidavit from Hollis.

Police told Oberhansley to leave, and officers made sure he did after Blanton talked with him outside. Then about seven hours later, police received a call from Sabrina Hall, one of Blanton’s co-workers, who was concerned that she hadn’t shown up at work.

At Blanton’s home, police found the rear door had been forced open. Blanton’s dismembered body was found in the bathtub, covered by a tent and surrounded by pools of blood in the tub and on the floor.

“The front of the victim’s skull appeared to have been crushed and brain tissue appeared scattered around the bathtub,” the affidavit states.

In 1998, Oberhansley was convicted of killing another former girlfriend in Utah. He served 14 years before being released in 2012.

Utah discharged him from parole on July 23, and on July 31, Oberhansley’s then-girlfriend Blanton posted $500 bond for him on charges of criminal recklessness and resisting law enforcement stemming from a slow-speed car chase that crossed the Kentucky state line, The Courier-Journal previously reported.

Longtime Clark County Prosecutor Steve Stewart filed his intent to seek the death penalty against Oberhansley before retiring in December.

I felt sickened reading this. What a disgusting animal.