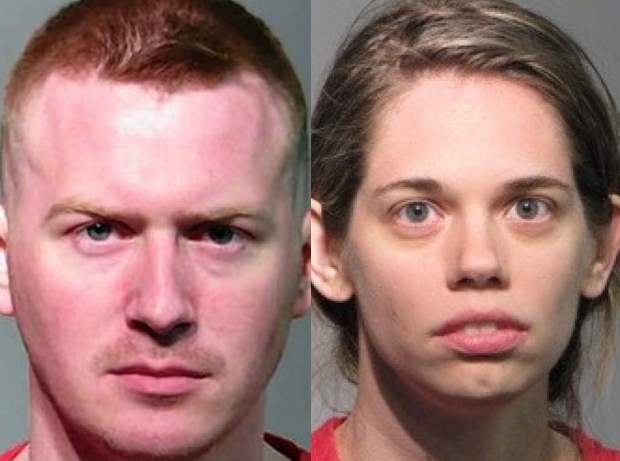 via Orlando Sentinel:
A father who, along with his wife, planned before they were born to sexually abuse their children, was given two sentences of life in prison Monday in federal court in Orlando.
What 26-year-old Jonathan Adleta did to his children, said U.S. District Judge Roy B. Dalton Jr., was “heinous. … This defendant is guilty of … the destruction and scarring of his own children.”

An Orlando jury convicted Adleta on Sept. 12 of two charges: transporting minors across a state line to engage in a sex act and conspiracy. On Monday, Dalton handed down two life sentences. He could have given Adleta as little as five years. Instead, he went with the government’s recommendation.

Assistant U.S. Attorney Karen Gable described Adleta’s acts as “despicable and egregious. … The defendant is a grave danger to children.”

The judge agreed, saying he chose two life terms, in part, because he believes Adleta would offend again.

“This defendant is guilty of the sexual exploitation of his own children,” Dalton said.

Evidence at Adleta’s trial showed that he abused his son and daughter and the child of another woman, children who ranged in age from 1 to 4.

He also ordered his wife and girlfriend to abuse children and recorded the acts; then he distributed the images as child pornography.

Adleta said nothing at the hearing except to answer, “No, your honor,” when asked by the judge if he had anything to say.

Defense attorney Matthews Bark asked the judge to take into consideration Adleta’s military service — he was a U.S. Marine who served in Afghanistan.

What Adleta did, the judge said, brought “dishonor to the Marine Corps.”

Adleta’s ex-father-in-law, Leonard Lippy, asked the judge to “make sure he never touches another child.”

After the hearing, Lippy said he was satisfied with the sentence but heartbroken at what had happened to his family.

His daughter, Sarah Adleta, 29, of Oviedo, who took part in the sexual abuse, was sentenced to 54 years in prison. She pleaded guilty to producing child pornography with her children as subjects. Lippy has no contact with the couple’s children, who are being placed for adoption, he said.

“He gets time, but it didn’t bring my family back,” Lippy said after the hearing. “You’re going to tell me two life sentences makes this right?”

After the Adletas’ marriage ended, Jonathan found a new girlfriend, Samantha Bryant, who also had a daughter. Bryant told jurors at Adleta’s trial that she let him molest her daughter, too.

Woman, 34, Is Jailed For 31 Years or Torturing Her 13-Year-Old Brother-In-Law