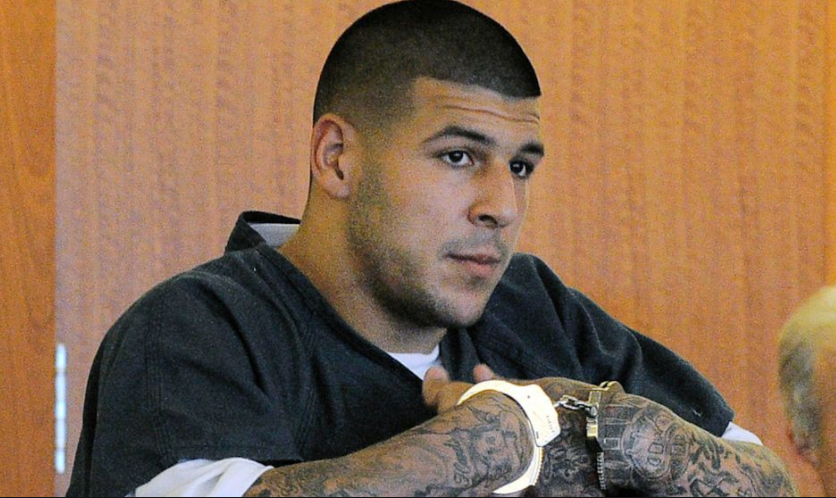 Former New England Patriots star Aaron Hernandez hanged himself on Wednesday in a prison cell where he was serving a life sentence for murder, prison officials said, and his family called for an immediate investigation into the circumstances.

The body of the 27-year-old former athlete was found hanging from a bed sheet at the Souza-Baranowski Correctional Center in Shirley, Massachusetts. Hernandez was serving a life sentence for the 2013 murder of an acquaintance but on Friday had been found not guilty of killing two other people.

State police were investigating the circumstances of the death of the former rising star in the National Football League, and a coroner was performing an autopsy on Wednesday.

“There were no conversations or correspondence from Aaron to his family or legal team that would have indicated anything like this was possible,” said lawyer Jose Baez, who successfully defended Hernandez in the double-murder trial.

“Aaron was looking forward to an opportunity for a second chance to prove his innocence” in an appeal of the 2013 verdict, Baez said.

The attorney called on authorities to “conduct a transparent and thorough investigation” and promised his own examination of the death.

A prison spokesman told the Boston Globe that Hernandez had not been on a suicide watch and did not indicate that he intended to harm himself. The spokesman did not respond to requests for comment.

“Mr. Hernandez hanged himself utilizing a bed sheet that he attached to his cell window,” the state corrections commission said in a statement. “Mr. Hernandez also attempted to block his door from the inside by jamming the door with various items.”

Hernandez’s former agent, Brian Murphy, said on Twitter that he did not believe the athlete had killed himself.

“Absolutely no chance he took his own life,” Murphy said. “Chico was not a saint, but my family and I loved him, and he would never take his own life.”

Witnesses at Hernandez’s two murder trials painted a picture of a troubled man who often used illegal narcotics and at times believed strangers were challenging or disrespecting him.

In his double-murder trial, Baez challenged the credibility of the prosecution’s star witness, suggesting he had killed the men and pinned it on Hernandez in exchange for immunity. Baez is best known for successfully defending Florida mother Casey Anthony in 2011 against charges of murdering her daughter.

Hernandez had been expected to appeal his sentence of life in prison without possibility of parole for the 2013 murder.

Under Massachusetts law, the verdict in the 2013 murder will be overturned since he died before exhausting his appeal process.