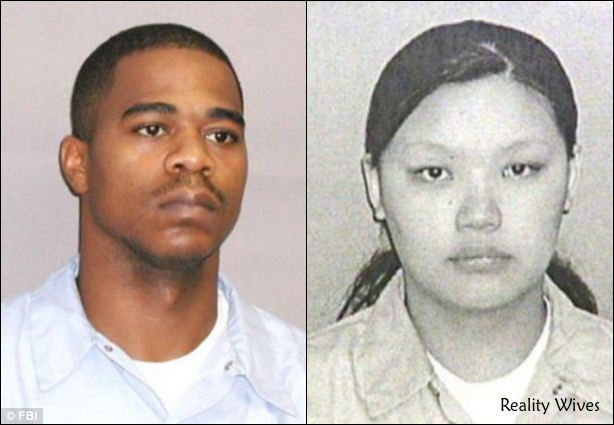 Naeem Williams with wife Delilah Williams who was sentenced to 20 years to testify against her husband.

via Huffington Post:
Opening statements began Tuesday in the death penalty trial of a former Hawaii-based soldier accused of killing his 5-year-old daughter, with prosecutors saying the girl suffered months of abuse at the hands of her father and stepmother.

Naeem Williams faces the death penalty even though Hawaii abolished capital punishment in the 1950s. That’s because he’s being tried in the federal justice system, where there is a death penalty.

Assistant U.S. Attorney Darren Ching told jurors that the blow that killed Talia Williams on July 16, 2005, came after months of neglect, assault and torture by Williams — “her flesh and blood, her father” — and a “wicked stepmother.”

Ching spent about an hour telling jurors disturbing details of the alleged abuse, including a neighbor overhearing Williams commanding his daughter to eat her feces; Williams whipping Talia with a belt while she was duct-taped to a bedpost; and the father hitting the girl so hard with a plastic ruler he nicknamed “Mr. Paddle” that it broke.

Stepmother Delilah Williams pleaded guilty in a deal with prosecutors to testify against the former soldier in exchange for a 20-year sentence. Ching said Delilah Williams will provide a “firsthand account of abuse.”

Other expected witnesses include Talia’s former teacher at Wheeler Elementary School, the family’s former neighbors and the medical examiner who concluded that the death of Talia, who was born in South Carolina, was the result of battered child syndrome.

Philipsborn showed jurors a grainy, black-and-white photograph taken several months before Talia’s death and soon after the birth of her half-sister.

Philipsborn told jurors that Naeem Williams was ill-equipped to care for a child, let alone a child with special needs who had bowel- and bladder-control problems. He said Naeem Williams was married to a controlling, angry and volatile woman.

“You will understand from Naeem Williams he had both strengths and limitations,” Philipsborn said. He said the defense’s case will focus on what the Williamses were thinking and “what they were intending to do.”