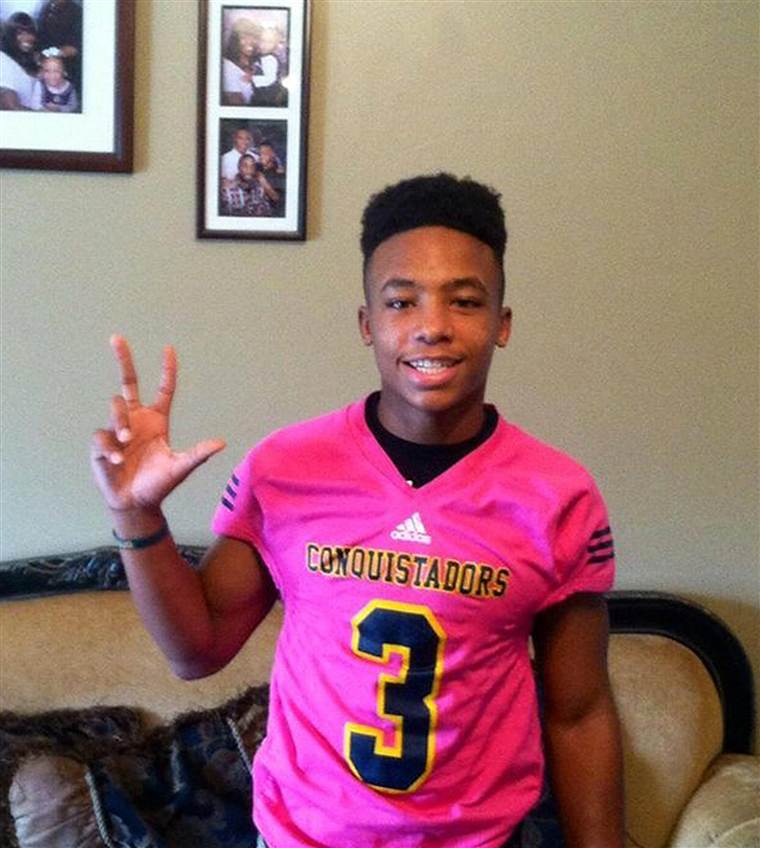 via WMCTV:
Three high school students were suspended because of a picture they took while at school, but they say what they were doing in that picture is a misunderstanding.

“I was angry cause I’m not a gang banger, you can’t call me something I’m not,” said 15-year-old, Dontadrian Bruce.

But that is exactly what Bruce says his principal at Olive Branch High School called him and his friend Desmond Davis, accusing them of holding up a sign for the Vice Lords gang.

“I was holding up a sign like this to represent number three, my brother’s football number that I hope to get next year,” said Davis.

Davis, 16, and Bruce both played football at Olive Branch. Bruce says he too was holding up the sign for three because that is his football jersey number on the junior varsity team. The teens say they made the sign in two separate photos taken by their biology teacher for a DNA demonstration earlier this month.

The teens’ parents tell me there is no way they are in a gang. Additionally, the teens say they have not seen any gangs at Olive Branch High School.

Bruce and Davis were expelled until next school year. In another development, Bruce’s 17-year-old brother Dontavius was suspended Wednesday after he got his class to pose for a photo holding up their fingers like his brother did.

“I was going to take the picture to support my little brother, said Dontavius Bruce.

Davis and Bruce fear they will fall behind in school now that they have to take courses online.

“I feel like I’m going to be left behind. It’s teaching me old stuff I already know.”

UPDATE: The suspended students said the hand gestures were not gang signs but a football jersey number, are now back at school.