Farrah Abraham Blasts Teen Mom Reunion: “It Won’t Be As Good Without Me!” 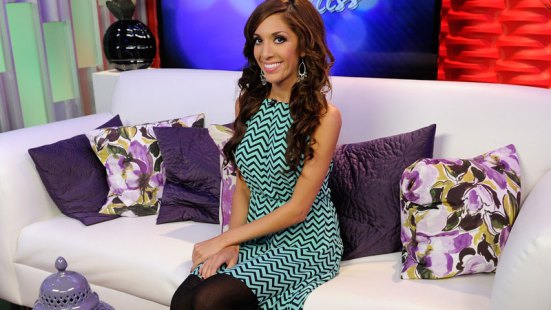 MTV recently announced that it will be bringing back the original Teen Mom girls sans Farrah Abraham in 2015. The news comes after reports that the other girls; Catelynn Lowell, Maci Bookout, and Amber Portwood, refused to join if Farrah was present because they didn’t approve of Farrah’s recent sex tape scandal, sex expo appearances, and sex toy line. In a new interview Farrah blasted the Teen Mom reunion saying:

“I don’t think it will be as great without me. I personally won’t be watching. Some of the moms on the show still need [the show]. Fortunately for me, I have other ways of making money. I can’t keep doing the same things year after year. No one ever said they wished I would not be back.”

Currently, Farrah is making big money as a stripper at a gentleman’s club in Austin, Texas. She confirmed this news:
“The club loved how hardworking and focused I was, so they offered me a $544,000 agreement to be celebrity house feature.”

Pregnant Catelynn Lowell Opens Up About Her Battle With Anxiety & Depression