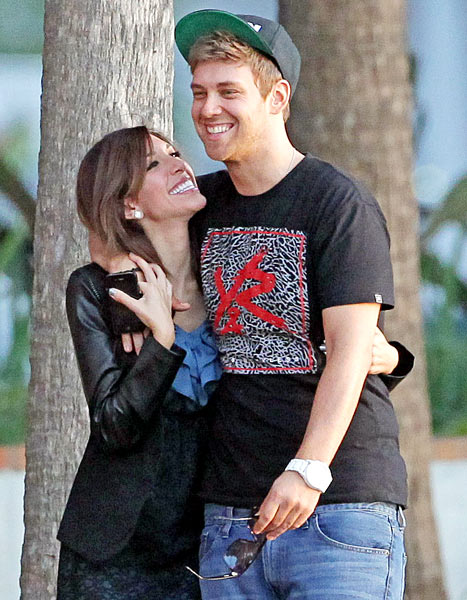 Is Farrah Abraham finally ready to settle down? The former Teen Mom reality star bared all in a sex tape titled “Back Door Teen Mom” which sold for a reported $1.5 million dollars but now she is taking her rumored relationship public and showing her “softer” side. Her new boyfriend, who she is seen kissing recently is DJ Brian Dawe who was on VH1’s “Master Of the Mix.” His website boasts that he has shared the stage with Rihanna, Avicii, Ke$ha, and Busta Rhymes. Also he was diagnosed with cancer in 2009 but is now in remission.

The two have allegedly been dating for five months. The new couple were spotted in Orlando, Florida kissing, holding hands, and sharing a candlelit dinner. In the photos Farrah is wearing a blue lace dress. Farrah has remained quiet about her boyfriend, though she has retweeted articles claiming the two are dating on Twitter. She also posted a fortune cookie that read “this is a night for love and affection” to Instagram which she captioned “What a mystery ;).” 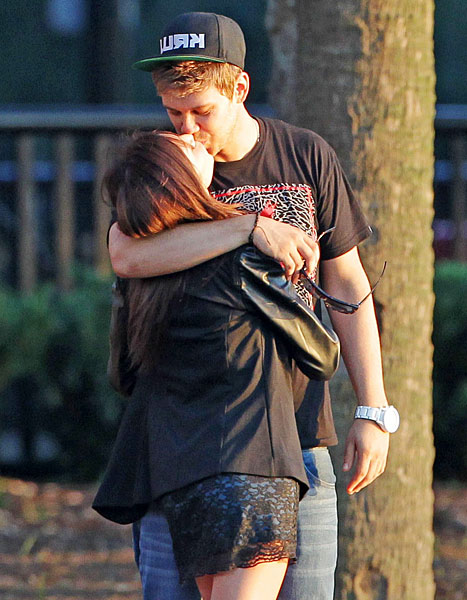 Farrah is mother of four-year-old Sophia whose father Derek Underwood tragically passed away while Farrah was pregnant. Do you think Brian is a good match for Farrah? What are your thoughts? Post your comments below.