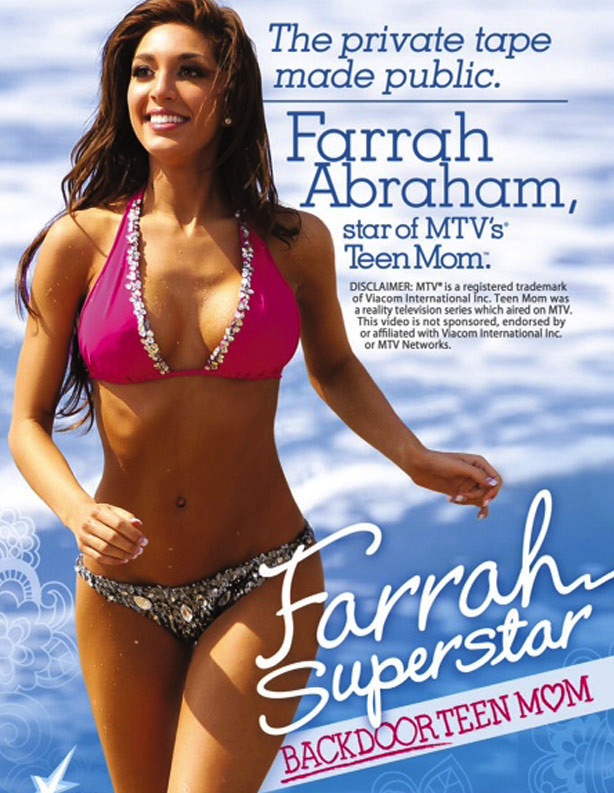 The two million is a little less than Farrah had publicly hoped for, “I will not be settling for anything less then a couple million.” In the days that followed, Abraham was shot visiting Vivid’s offices (in the company of daughter Sophia, 3, and her father) and lunching with Hirsch as they reportedly hammered out the details of the deal.

The video is 70 minutes long.
“I’m happy to confirm that we have purchased it. We went after this movie as vigorously as any sex tape we’ve ever pursued. We felt it was definitely worth it, not only because of Farrah’s popularity, but because the footage itself is amazing. I think many fans will be shocked at how truly explicit it is. Farrah is gorgeous, sexy and absolutely uninhibited. Farrah’s looks remind me of a young Kim Kardashian and we all know how her story turned out. Vivid’s founder, Steve Hirsch says in the statement

“I am happy with the seven figure settlement I have reached, with who I feel to be the best adult entertainment company in the industry, Vivid. This is a risk for me to take, however I feel comfortable having given the rights to Vivid a company I know can handle the media and press surrounding my sexuality,” Abraham said.

“I am very pleased with the outcome and to have this opportunity to be an entrepreneur in another unexpected light in my life. I look forward to my future goals of completing my Masters degree, focusing on being a great mother for my daughter as well as many other culinary business endeavors in my future.”
What are your thoughts? Post your comments below.