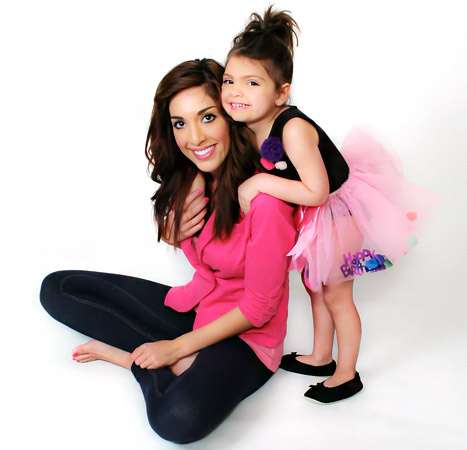 “If she wants to read it later in life, I might blush a little, but I wouldn’t stop her. Eventually, she will have to find out that Mommy is a sexual person, just like the rest of us. There were no ghost writers. The story and words all came from my imagination. Sometimes talking about sex and sexuality can be embarrassing or sensitive. But at the end of the day, I want my readers to really enjoy Fallon’s story, so I tried to let go and tell the best story I could. You have to really go for it!”

Farrah’s first novel Book One: In The Making is set to hit book stores in July but she isn’t the only one in her family with a novel set to be released. Her father, Michael Abraham is releasing his own tell-all book. And although Farrah claimed on VH1‘s “Couples Therapy” that both her parents abused her as a child, she says she supports her father’s new project saying:

“I’m happy for him. He told me about it, and I wished him luck. I learned writing can be like therapy and really help you work through your thoughts and emotions.”