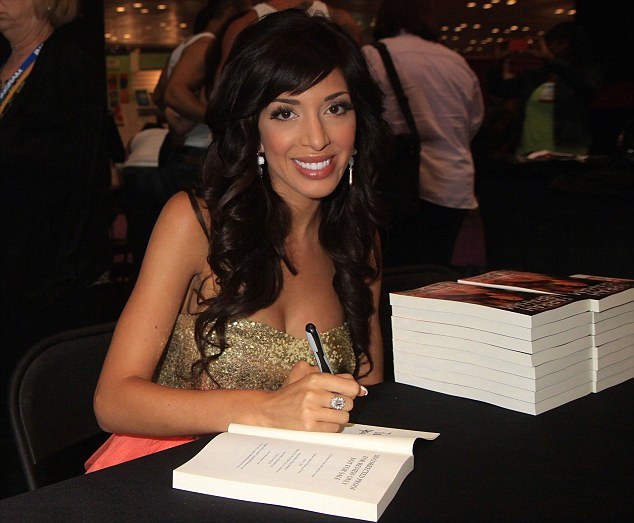 “I have to say faith is a big part of my life. I’m not perfect that’s just life. There really is no perfect Christian. I go to church as often as possible and I have great Christian friends — and those aren’t the ones who say they’re Christian and then act like other. If I could say that through a type of Christian parenting book, I think that’s something that wouldn’t hurt them, it would help them and their children. It would give them a kind of support and guide to use throughout their journey in life together and I would just be happy to share that.”

Farrah goes on to explain her parents didn’t push her to be particularly religious, rather she discovered her spirituality on her own and hopes to recreate the experience for others.

Farrah recently gave an interview in which she talked about taking a break from her daughter, and has revealed she waxes her child’s eyebrows while she sleeps.

‘It’s healthy that we have a break. She has her own life and is doing her own thing, and I’m doing mine.’