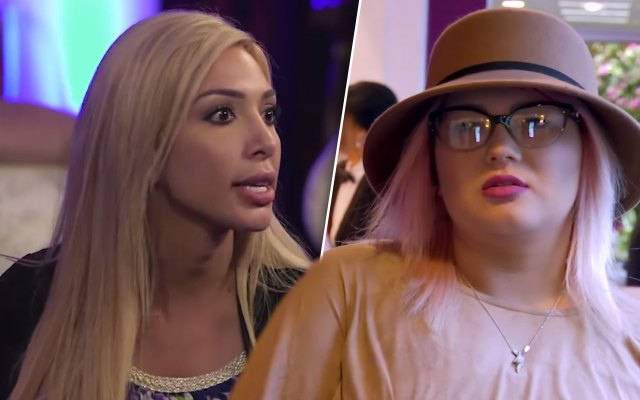 The season 6 reunion will film on June 3 and 4 in a New York City studio, RadarOnline.com can exclusively reveal.

Sources confirmed both Abraham, 25, and Portwood, 27, will be in attendance.

And though she called off their engagement, Portwood’s boyfriend, Matt Baier, 46, will also accompany the mother of 8-year-old Leah, an insider revealed.

As Teen Mom OG fans know, the former friends are still bitter enemies months after they got into a physical altercation while filming the season 5 reunion in October.

In footage that aired in December, Portwood charged on set after Abraham said Baier looked like a “pedophile.” The furious Never Too Late author slapped her nemesis in the face, which prompted Baier and Abraham’s father, Michael, to jump in.

The elder Abraham even claimed he was suffering from Baier’s injuries months after the fight. (Baier denied any wrongdoing.)

The Teen Mom costars never kissed and made up, and most recently engaged in a war of words over Portwood’s plans to film a sex tape, which Abraham infamously did first in 2013.