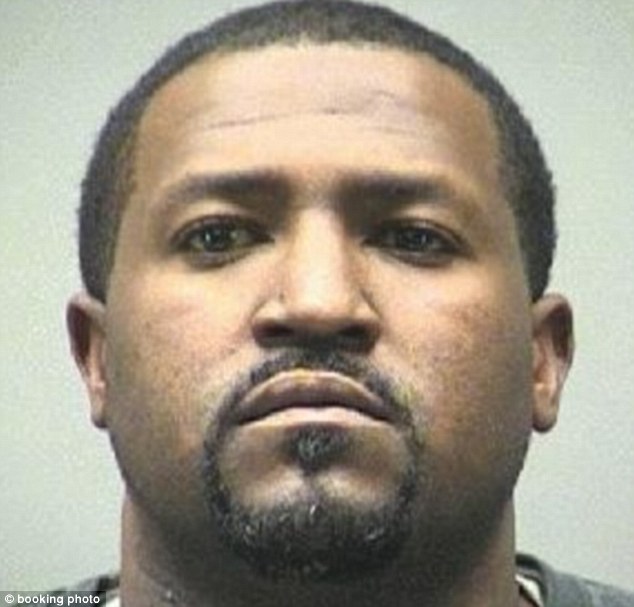 Greg Horn, 35, has been charged with child endangerment and corporal punishment after he beat his two daughters for posting a 'twerking' video on Facebook

Yesterday we reported about a video which showed a father beating his daughters for posting a video of themselves twerking on facebook. Well it was just a matter of time, the father has been found and charged with child endangerment and corporal punishment.

A father who was caught on camera whipping his teenage daughters with cable wire has been charged with child endangerment and corporal punishment, authorities said on Thursday.

Greg Horn, 35, beat his two daughters, aged 12 and 14, after he caught them filming a ‘twerk’ video and posting it on Facebook at their home in Dayton, Ohio.

‘Twerking’ is a sexually provocative dance move that involves gyrating the lower body.
The 30-second clip shows the man ordering the girls into a corner before he systematically beats them while they scream ‘stop daddy’.

One of the girls was left with welts and open wounds to her thighs, police told ABC.

The sisters said that their father had hit them as punishment for sneaking out of the house.

The video has been posted on countless websites, including WorldStarHipHop, where it generated more than two million views and caused outcry from some parents.

Police were alerted to the attack by the girls’ mother. Horn is due to be arraigned on April 16. As of yet, no one knows who posted the video.

FYI: Half of the RealityWives.net team are for spanking and half are not. It’s been a hot debate in the office yesterday and today. What are your thoughts? Post your comments below.

Saudi Man, Sentenced To Be Paralyzed In ‘Eye For An Eye’ Justice