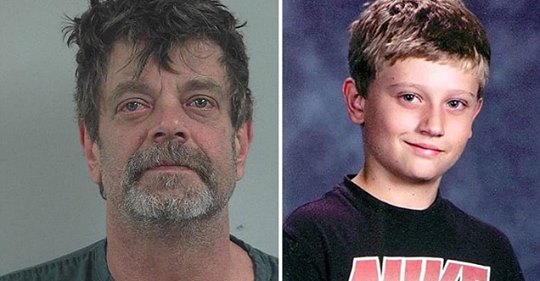 A former FBI profiler who reviewed the Dylan Redwine murder investigation helped lead police to arrest the 13-year-old’s father, and the boy’s brother says they saw lewd photos of their father involved in bizarre acts before Dylan went missing.

Mark Redwine was arrested Saturday in Washington state on felony charges of second-degree murder and child abuse resulting in death. He will remain held on a $1 million bail in Washington while he awaits an Aug. 17 extradition hearing, a judge in Bellingham, Washington determined Monday.

He will fight extradition back to Colorado, however, Denver7 has learned.

“We’re talking about a guy that’s probably a registered psychopath narcissist,” said Pete Klismet, a criminal profiling consultant and author who is now writing a textbook on violent crime. “He thinks he is smarter than everyone else.”

La Plata County investigators hired Klismet in 2015 to review the evidence in the disappearance and murder of Dylan Redwine, which Klismet said he knew little about before the request.

After months of poring over the case, he had a clear answer.

“I simply wanted to look at everything I could look at, and try to figure out who did this. And it was an inescapable conclusion that it was Mark,” said Klismet, who declined to talk about the specifics of the evidence.

However, an indictment states that investigators found Dylan Redwine’s blood in his father’s living room. A cadaver dog alerted in the same room and in Mark Redwine’s truck, according to the indictment.

The indictment also said that Dylan Redwine and his older brother, Cory Redwine, had seen compromising photos of their father and that Dylan planned to confront him about them.

Family members said they believe this may have been what set off Mark Redwine’s temper.

“I have seen the photos,” said Cory Redwine. “It shows him wearing women’s clothes and makeup and a diaper and then eating his feces from the diaper. It was disgusting. We couldn’t believe it.”

If that provoked Mark Redwine into a rage, Klismet said, more details may come out in court, but he said he is certain Mark will not plead guilty.

I believe they’ve got a strong case,” said Klismet. “There is no question in my mind that this case will go to trial. Mark will not plead guilty because he’s a narcissist. He believes he can lie his way out of everything.”

Klismet said that Mark Redwine’s version of what happened—that Dylan was somehow kidnapped—has a mathematical likelihood of close to zero.

Cory Redwine discussed the case further Monday afternoon with Denver7, and said he was happy his brother was finally getting justice.

“It’s exciting to know that justice is coming for my little brother,” said Cory Redwine, who called the arrest “bittersweet.”

“I’m obviously excited. I believe they have the right man, but it’s still sad that we even have to go through this,” he added.

From the beginning, Cory says he suspected his father was involved in Dylan’s disappearance.

“We didn’t know what the outcome would be, but we’ve always known that Mark was in some way, shape or form involved in this,” he told Denver7.

He said the photos were “disturbing”, but that they were likely just the beginning of the confrontation between his brother and his father, who Cory says had a violent temper.

“I think Dylan had a lot more than just pictures that he wanted to get across to Mark,” said Cory, who said he believes his father may be mentally ill. “He’s just a sick person, but he’s fully aware of his actions, and he’s fine with being that person. If that’s how he wants to live his life, then well, we can see where that gets you. He’s where he belongs.”

via The Denver Channel