Fetty Wap, 24, is going to be a dad for a fourth time (that we know of), as his fourth side chick, Elaynna Parker, 21, is expecting a baby girl for the rapper.

The young woman who proudly wears the badge of escort was arrested on the 9th May 2014 for solicitation, engaging in prostitution and arrested again in June of being in possession of a stolen vehicle.

Elaynna created an instagram account to proudly display her baby bump, announce her profession and claim her ‘baby daddy’, Fetty Wap. She also taunted Masika Tucker, former Love & Hip Hop Hollywood star who is also pregnant for Fetty Wap. Masika and Fetty’s other side chick Alexis Sky have both blocked Elaynna. Elaynna’s account has since been deleted (the account may have been fake).

Update: A confidential source reached out to us and let us know that Elaynna is indeed pregnant, but she is not sure of who the daddy is.

Elaynna allegedly started hoe’ing since she was 14/15. She has been with Fetty since before Trap Queen, and was by his side before he became famous. She also has her, ‘men’ that she hooks up with occasionally. Fetty was sending Elaynna upwards of $3,000 every so often.

Elaynna also allegedly dabbles in the not so legal career of credit card scams, and the more organized ‘bank lick’, which is a massive, well-organized fraud scam.

Since we posted the story, Elaynna has deleted her social media accounts, probably at the insistence of Fetty, until, the ‘drama’ dies down. 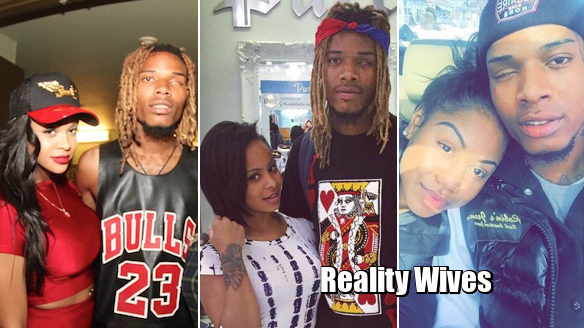 Rumor also has it, that Fetty’s main side chick Alexis Sky is also pregnant. So that’s 3 women are pregnant for Fetty (allegedly) – Masika Tucker, Alexis Skye and Elaynna Parker. That will bring Fetty Wap’s total offspring to five, for now.

Help all of those children. What are your thoughts? Post your comments below.

Nicholas Caldwell Of The Whispers Dies At Age 71

Georgia Jeweler Sues T.I. For $700,000 After Not Paying Bills In Over A Decade

Nicholas Caldwell Of The Whispers Dies At Age 71