The Deleted Scene: Why Was A Fight Between Lisa Vanderpump & Brandi Glanville Edited Out 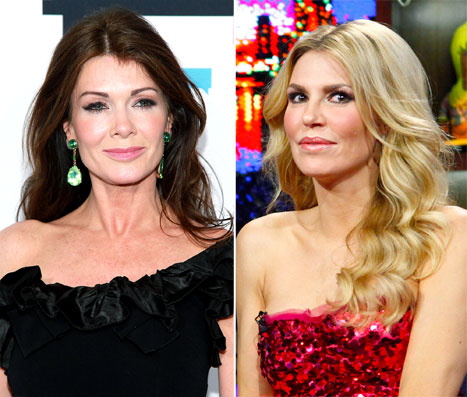 via Radar Onlinee:
A scene used in a trailer to promote the Real Housewives of Beverly Hills and depicting a brutal confrontation between nemesis’ Lisa Vanderpump and Brandi Glanville.

Glanville mysteriously never made it onto the small screen, Radar Online has learned.

Online fans have been questioning why the highly-anticipated incident during which mother-of-two Glanville calls the British restaurateur a “b*tch” ended up on the cutting room floor.

In it, Glanville tells Vanderpump: “I know you are the chess player of all time, but I just checkmated you b*tch.”

Bravo never aired the clip, much to viewers’ disappointment and even to Vanderpump herself, who addressed the showdown on her blog.

“After an arduous two-and-a-half hours at the final party, half-an-hour of trying to reason with Brandi (much you didn’t see, including her yelling “I checkmated you bitch.”), it was all too much,” the series veteran star wrote.

But are we about to see more from the night in question? Sources connected to the show tell Radar that the season isn’t over yet, with “two episodes of the reunion still to air and the producers are notorious for saving wild clips to air then just to create even more drama,” one insider said. Why do you think the scene was deleted?

More in Real Housewives Of Beverly Hills (404 of 805 articles)