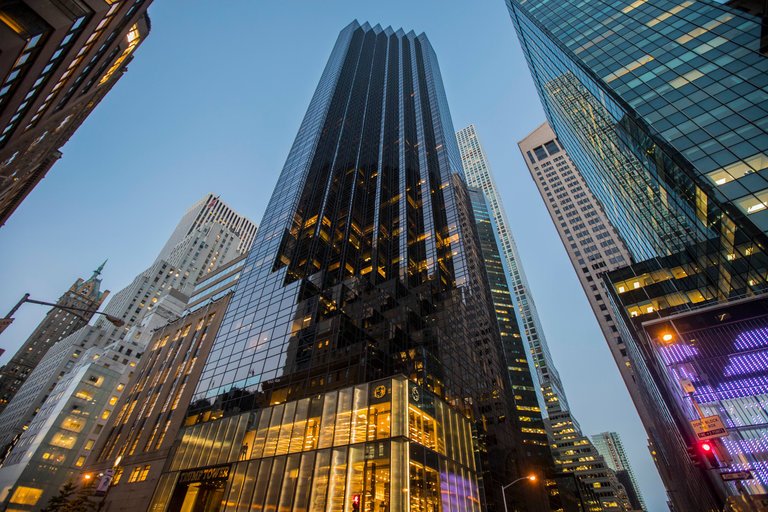 A fire broke out on Saturday at Trump Tower in Midtown Manhattan, critically injuring one person, the authorities said.

It was not immediately clear how the person, a civilian, was injured. Three firefighters sustained minor injuries, according to a New York Fire Department official.

The fire was on the 50th floor of the building, a Fifth Avenue skyscraper that is the calling card of President Trump’s real estate business. It was reported around 6 p.m.

Mr. Trump, who was in Washington at the time, said on Twitter the fire had been extinguished, attributing its confinement to the tower’s construction.

The authorities restricted passers-by from the area directly in front of the tower, keeping them out of the street and on the sidewalk on the opposite side of Fifth Avenue.

A 76-year-old resident who was still in the tower said the episode reminded her of the Sept. 11 attacks.

“When I saw the television, I thought we were finished,” said the woman, Lalitha Masson, who lives on the 36th floor with her husband, Narinder, who is 79 and has Parkinson’s disease.

“I started praying,” Ms. Masson continued. “That this was our end. I called my oldest son and said goodbye to him because the way it looked everything was falling out of the window, and it reminded me of 9/11. I witnessed that, and this looked like that the way the fire was raging from the windows. It was a very, very terrifying experience.”

She said that she did not get any announcement about leaving, and that when she called the front desk no one answered.

Dennis Shields, a resident who said he lived on the 42nd floor, described the scene.

“You could smell the smoke and you could hear things falling like through the vents,” he said. “It just smelled like sulfur.”

He said there were no orders to evacuate but he received a text message from Mr. Trump’s lawyer, Michael D. Cohen.

Mr. Shields, who said he grew up with Mr. Cohen, continued: “He said, ‘Are you in the building?’ I said, ‘Yes.’ He said, ‘You better get out ASAP.’ That’s how I knew to get out, otherwise I’d still be in there.”

Trump Tower Doorman Claims Donald Trump Has Another Child: “I Was Told To Be Nice To The Mom”