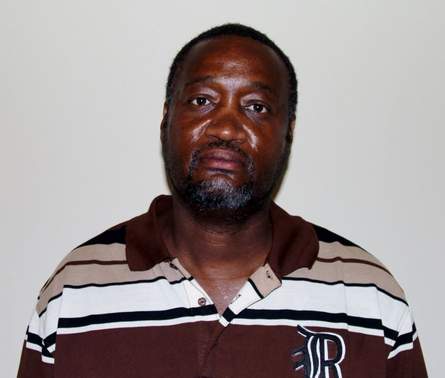 via Daytona News Beach Journal:
As an 18-year-old man ran from his New Smyrna Beach house bleeding from four gunshot wounds, his father stepped outside, pointed a handgun and fired one more shot, police said.

The younger Blackwell, who just graduated from New Smyrna Beach High where he was a star weightlifter, had just broken up a fight between his father and his mother, Windy Blackwell, Griffith said, and the elder Blackwell was not pleased with the interference.

“He shot his son four times,” Griffith said Monday morning. “It escalated after the mother left the house.”

The elder Blackwell was arrested early Monday and charged with attempted first-degree murder. He was being held without bail Monday at the Volusia County Branch Jail.

Neighbor Richard Tredeaux told investigators that after he heard the initial gunfire coming from the Blackwell house, he saw Blackwell Jr. running from the residence. Tredeaux said he saw Blackwell Sr. emerge from the home and point something at the teenager. He heard another gunshot and then the elder Blackwell yelled out, “Yeah (expletive deleted) how do you like that?” the arrest report states.

Sgt. Griffith said Blackwell Jr. interrupted his parents when their argument turned physical early Sunday evening. According to the arrest report, Blackwell Sr. grabbed his wife by the neck after he asked her whether she had been talking to a man named “Frank.”

The mother told police that Blackwell Jr. told her to leave the house. After she left reluctantly, Blackwell Sr. turned on his son, Griffith said. When the mother returned to the residence a few minutes later, though, she learned that her son had been shot and that he was being taken to the hospital. She talked to Blackwell Jr. before he was taken away and he told her that he was fine, the report states.