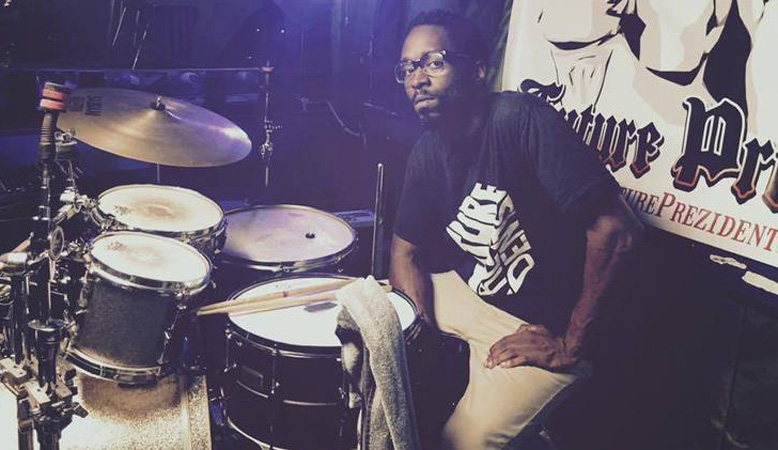 A Florida man’s family is demanding answers after he was fatally shot by a plainclothes police officer in Palm Beach Gardens, Florida, early Sunday morning while he was on the side of the highway after his car had broken down.

Corey Jones, 31, was a popular South Florida drummer who has played with many artists in the area. Corey Jones’ brother, Clinton Jones Jr, heard from Corey just after car issues left him stranded on the off-ramp of Interstate 95 southbound at PGA Boulevard at about 3 am, Sunday. The family wasn’t notified of the fatal shooting until about 6 pm that evening. 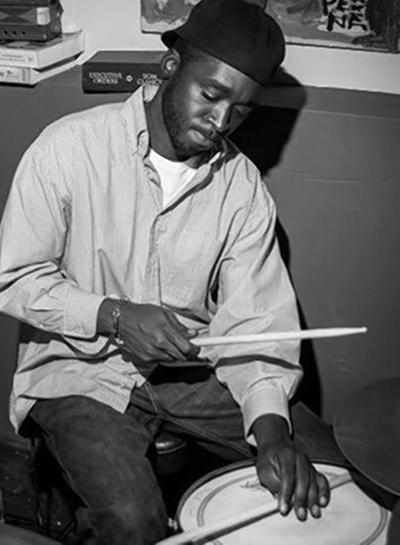 Friend Mathew Huntsberger, 34, played with Corey Jones at a gig at Future Prezidents at Corner’s Ocean Bar and Grill in Jupiter bar Saturday night and he says Corey’s SUV was stalled on the Interstate 95 exit ramp at PGA Boulevard early Sunday morning. They had finished their gig at about 1:20am. Mathew had already made it home when he got a call from Corey saying he was having car trouble.

Mathew, met Corey on the exit ramp where Corey told him the car started having trouble while on Interstate 95, and then he pulled over to the nearest exit. He made it to the ramp and then pushed his car toward the end of it. He thought maybe the car needed oil, so Mathew got some for him. It didn’t help. Corey called for AT&T roadside assistance and Mathew decided to go home as he couldn’t help at 2:30am.

It was after this, a Palm Beach Gardens police officer, Nouman Raja, shot Corey Jones Sunday at 3:15am. Nouman Raja was on duty in an unmarked police vehicle in plainclothes early Sunday morning when he came across Corey Jones by his car on Interstate 95 southbound exit ramp at PGA Boulevard.

Nouman believed Corey’s vehicle was abandoned and stopped to investigate it, according to a statement released by police Monday afternoon. As Nouman exited his vehicle, “he was suddenly confronted by an armed subject. As a result of the confrontation,” Nouman fatally shot Jones, the statement says.

This makes no sense.

No one knows what happened in those 45 minutes. 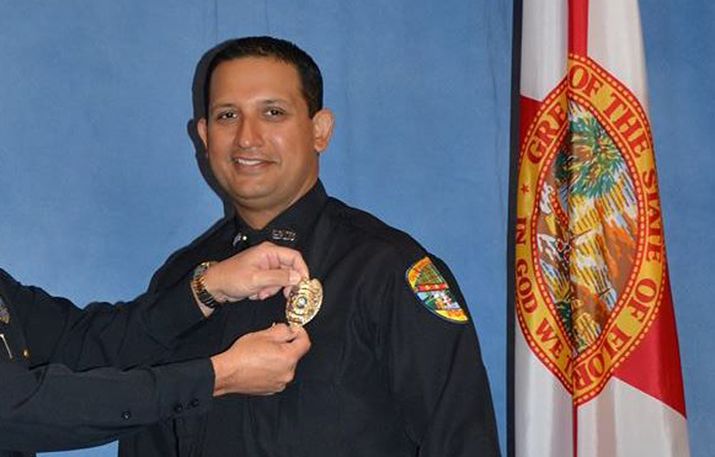 “I guess I was the last one to see him. He was like a really peaceful guy. There’s no way he had a gun. We’re all musicians and stuff. We’re not violent people,” Mathew said.

Police now say he was armed when he was stopped by police, as an independent outside investigation was opened.

Few details have been released about what led to the fatal shooting. Officer, Nouman Raja, as since been placed on paid administrative leave.

Corey’s family is well-known in Boynton Beach, partly because of their community service with the Bible Church of God in Boynton Beach where Corey’s grandfather, Sylvester Banks, is pastor. Corey’s brother Clinton “C.J.” Jones was an NFL player with the Cleveland Browns in 2003 and New England Patriots 2008 and a cousin of current NFL player Anquan Boldin, a wide receiver for the San Francisco 49ers. Corey’s mother died of breast cancer seven years ago and his grandmother died last week, family members say. 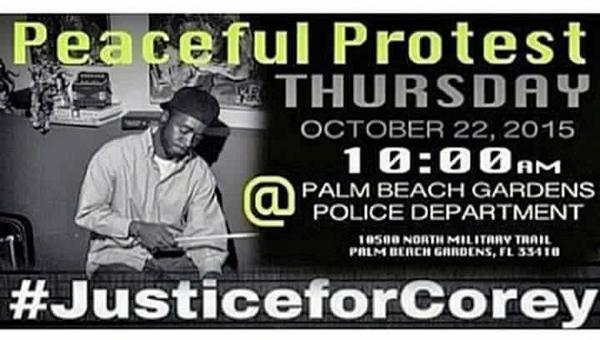 There is a peaceful protest planned on the 22nd October at Palm Beach Gardens police station at 10am.