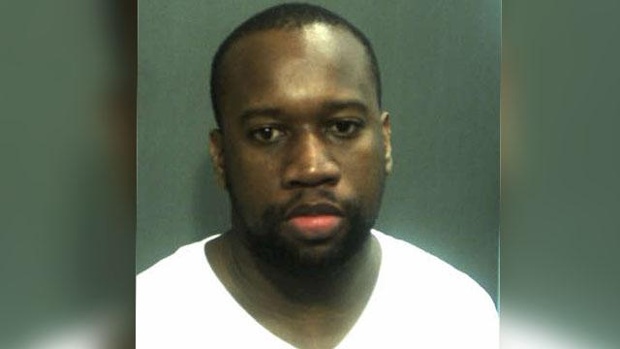 via WESH:
An Orlando man went to jail after allegedly attacking his pregnant sister over chicken nuggets, police said. According to the arrest report, 28-year-old Kareem Romaine Gordon allegedly attacked his sister who is four months pregnant after a fight about chicken nuggets around 8 a.m. Sunday.
Gordon’s sister told police her brother yelled, “I will punch you down,” before grabbing her by the neck, pushing her into a nightstand forcing her to fall inside her bedroom, the report said.

According to the Orlando Police Department, Gordon has been arrested in the past for alleged domestic violence against his wife. He told police he lives with his wife, but stays at his mother and sister’s home most of the time. Gordon was charged with aggravated battery on a pregnant woman and booked into the Orange County Jail.

Man Stopped By Miami Cops 258 Times Outside Store Where He Worked!

Man Stopped By Miami Cops 258 Times Outside Store Where He Worked!