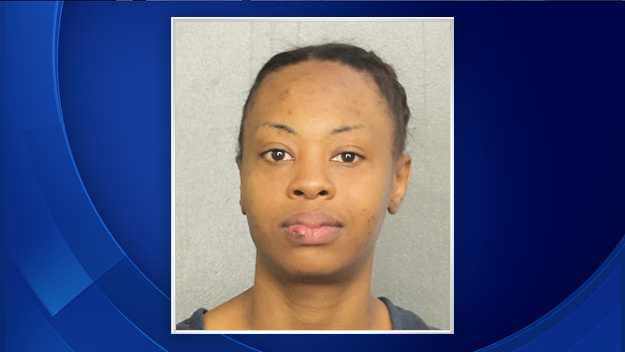 A woman was arrested Wednesday by Plantation police after authorities said her 2-year-old daughter was found inside a dumpster.

According to an arrest report, a man called 911 and claimed to have seen j, 28, throwing her daughter into a blue dumpster in the back of a business in the 1400 block of Northwest Fourth Street.

According to the man who called 911, Sheffield was pacing around the dumpster before she “maliciously” threw the child into the dumpster.

He said she walked away at a fast pace.

According to police, two medical assistants stopped Sheffield and pulled the toddler out of the dumpster.

The witnesses said they asked Sheffield why she threw her daughter in the dumpster and she said, “I had a miscarriage five months ago and I’m depressed.”

The medical assistants said they escorted her inside the building and held her there until police arrived.

According to the report, officers found Sheffield to be disoriented, and it appeared that she was on drugs.

Police said she initially lied and said her name was Katia Wilson, then said it was Yolanda Wilson after a teletype check provided negative results. After the officer told her that she was obstructing the investigation by providing false names, she finally admitted her real name, the report said.

Authorities said the girl didn’t appear to have any injuries from the incident, but she was taken to Plantation General Hospital as a precaution.

Detectives said Sheffield showed no remorse and never asked how her daughter was or who would be caring for her. She also admitted to having a few drinks and smoking marijuana the day before, police said.

Sheffield was arrested on charges of child abuse without great bodily harm and resisting an officer without violence.

“It’s just crazy,” the girl’s father, Kinzell Payne, said. “I don’t really have nothing to say about it because it just caught me unexpectedly and I would have never thought she would do anything like this.”

An investigator from the Broward Sheriff’s Office Child Protective Investigations Section was called to the hospital to determine whether the girl could be placed with family members, police said.

A shelter hearing for the child was held Thursday afternoon and the girl was ordered to be held in the state’s care for the next day or two. Her paternal grandmother will then take custody of her if she passes an inspection.

Officials with the Department of Children and Families said they have had no prior contact with the mother and child.