Warning: Graphic Content! Man Ripped Out Girlfriend’s Intestines With His Bare Hands After She Said Ex-Husband’s Name During Sex 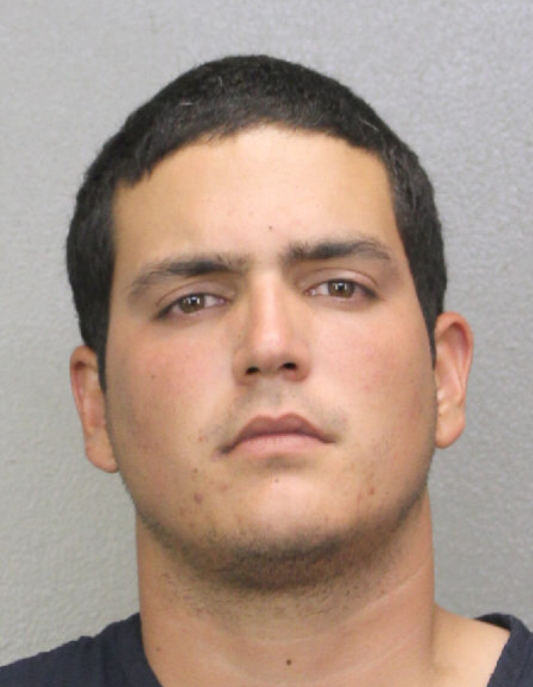 [Warning: This article contains graphic details that some readers may find disturbing.]

A Sunrise, Florida man is accused of killing his ex-girlfriend after she screamed out her ex-husband’s name twice during sex.

Fidel Lopez, 34, was arrested on Sunday for murder. Sunrise police said they were called to Fidel’s apartment early Sunday morning after he called 911 to say that his girlfriend was having trouble breathing and was going to die. When the officers arrived, they found the naked body of Maria Nemeth on the bathroom floor next to a large amount of blood.

According to the police report, there were “several chunks of bloody tissue on the floor inside the closet.” Police said the closet door had been ripped out and was on the hallway floor, and there were holes in the wall. Also the rear patio glass door was shattered.

Fidel said that he and Maria were drinking tequila inside his apartment when they began to have “rough sex.” He said Maria asked him to put a beer bottle and his fist inside her vagina, saying that it was her idea and that she enjoyed it, the report said. Fidel then said Maria then went into the bathroom to vomit, and he later found her having trouble breathing, so he called 911, the report said.

Detectives said Fidel later admitted that Maria “became very intoxicated” and they ended up inside the closet, where they started to have sex. It was during sex that Maria said the name of her ex-husband twice, which enraged Fidel.

Fidel began to break things throughout the apartment, shattering the sliding glass door and punching holes in the wall, detectives said. He then returned to the closet, where Maria was lying unconscious, and “began to insert several items into her,” the report said. Among the items noted in the report are a beer bottle and a flat iron.

Detectives said Fidel gave them a graphic description of how he stuck his arm inside her vagina and anus “all the way up to his elbow,” causing her to bleed. Fidel admitted to ripping internal tissue out of her, including intestinal matter, detectives said.

In the report, Fidel told detectives that he became a “monster.”

Fidel said he carried Maria to the bathroom and tried to put water on her face to wake her up, but she never regained consciousness, the report said. Fidel then washed the blood off his hands in the bathroom sink, went outside to smoke a cigarette and then began to panic, taking items from the closet to cover up the bloody tissue, the report said.

When he returned to the bathroom to check on Maria, Fidel noticed that she wasn’t breathing, so he decided to call 911.

Maria worked in the leasing office at the Colonnade Residences, where her body was found.

Georgia Parents Say They Forgive Sons Who Tried To Kill Them

Georgia Parents Say They Forgive Sons Who Tried To Kill Them