Former Florida Teacher, 29 Faces Decades In Prison For Having Sex With Three Students & Getting Pregnant By One 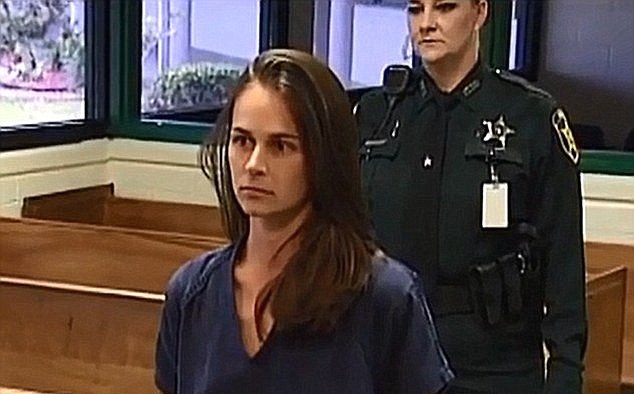 A former Polk County teacher, Jennifer Fichter has been charged with 37 counts of Unlawful Sexual Contact with a Minor has changed her plea to guilty on Thursday. Each count carries a maximum sentence of 15 years in prison.

Jennifer Fichter is accused of having sexual relations with three of her former students.

Jennifer, 29, was an English teacher at Central Aerospace Academy. She was fired after her arrest last April.

Prosecutors said Jennifer had sexual relationships with at least three 17-year-old students. One of the relationships resulted in a pregnancy, which Jennifer then aborted.

The mother of one of Central Florida Aerospace Academy’s juniors found intimate text messages from the teacher on her son’s phone.

Jennifer was charged then with six counts of unlawful sexual activity with a minor, and was charged with 20 more counts in June when a second student came forward accusing the teacher of abuse.

The victim was 17 years old in September 2011 when Fichter started inviting him over to her apartment where they would cuddle on the couch and watch TV.

She rejected a plea deal from the state and entered an open plea in which a judge will determine her sentence. Her sentencing is scheduled for July in Bartow, FL

This plea covers all of her Polk County cases. She still faces additional similar charges in Hillsborough County, where some of the sexual acts with the children occurred.