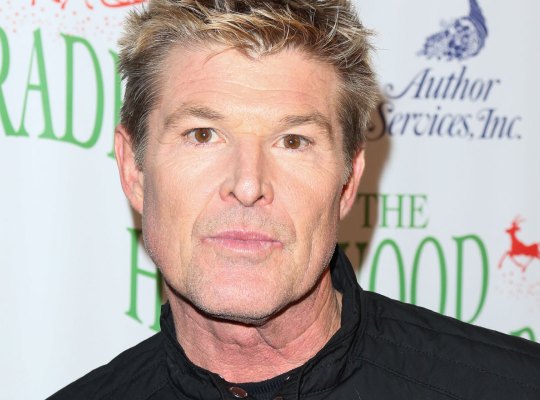 Former The Bold & The Beautiful star Winsor Harmon was arrested after getting drunk in his car and peeing in a public park. Winsor, come on!

According to police sources, the ex-soap opera star was arrested last week in San Fernando Valley, Los Angeles, after witnesses allegedly saw him urinating in the park broad daylight.

Police were called to the scene and Winsor, 54, was found inside his SUV in the parking lot.

The police allegedly discovered empty wine bottles in his vehicle and Winsor wasn’t wearing any pants.

Winsor who played Thorne Forrester for 21 years on the CBS soap before his role was recast in 2017 admitted he’d slept in his SUV overnight. Police reportedly arrested him for being drunk in public; Harmon has not yet commented on the alleged incident.

Last November, Winsor told Soap Opera Digest about his exit from The Bold & The Beautiful, in which he was replaced in his role by famed former General Hospital actor Ingo Rademacher, “It shocked me.”

Winsor claimed it was particularly surprising because The Bold & The Beautifulexecutive producer Brad Bell had asked him to attend a fan club event before the ouster and, “I was told there was a storyline coming and then [a month later], I got the call from him that he was going to recast the role.”

The actor said he wasn’t bitter after having spent, “21 years on the No. 1 show in the world.” The show is popular overseas.

“I’m a part of history, and I have to be grateful for that. I can’t sit here and say that I’m angry,” Harmon told Digest in November.