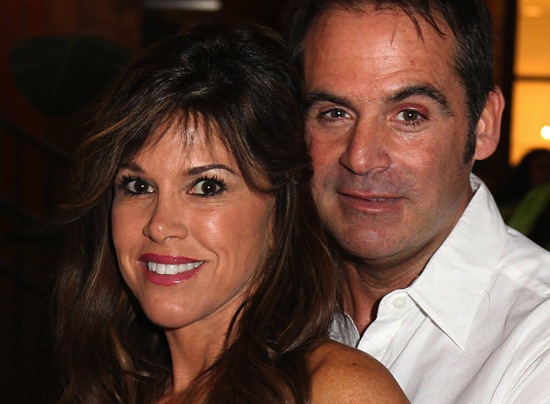 The curtain reportedly hasn’t fallen on former Real Housewives Of Orange County star Lynne Curtin’s troubled marriage. According to The Blast, Lynne is still married to husband Frank because a judge has thrown out her divorce case.

So on December 8, as The Blast noted, the divorce was thrown out and Lynne is still officially married to her husband. The former Bravo star hasn’t commented on the story. Lynne told Radar in 2012, “After more than 20 years of marriage Frank and I have decided to go our separate ways. I love Frank but it was time to go out on my own.”

Frank had financial troubles at the time and said to the Orange County Register about Lynne’s divorce filing, “I’m not a willing participant in this. It hurts to even think about it or talk about it. Call me old-fashioned, but I take my vows very seriously.

he Orange County District Attorney charged that on Sept. 30, 2015, Alexa “did willfully and unlawfully steal, take, carry, lead, and drive away the personal property of MACY’s.”

In another controversy, Lynne and Frank’s daughter Alexa filed a civil lawsuit accusing an Orange County Sheriff of raping her in 2014. A jury awarded Alexa $2.25 million last year over the rape case.