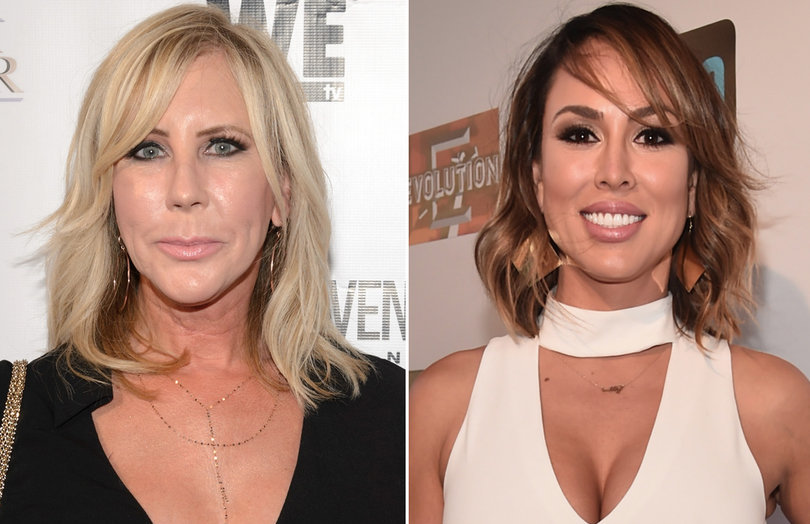 According to the court documents a Jane Roe is suing Kelly and the Real Housewives Of Orange County producers at Bravo and NBC Universal over 3 statements Kelly allegedly said to Vicki while shooting an episode in Key West:

Vicki says those statements are all lies, and she told producers so, in writing explaining why each claim was false and could be damaging to her livelihood if they air.

Jane Roe is a pseudonym as Vicki because she describes herself as a TV personality on RHOOC who is also a retirement planning specialist and preseident of an insurance and financial services company.

In the lawsuit, Vicki claims she has never been sued over the last 31 years of her profession and has an A-Plus rating with the Better Business Bureau.

It’s unclear if Kelly’s remarks are going to air on the current season of RHOOC, but Vicki believes the producers are going to leave it in the episode. In the trailer for season 14, Kelly drops the “con woman” line.

Vicki’s not asking producers to kill the whole episode, she just wants those three statement from Kelly to be edited out. As she states, NBCUniversal “will suffer no harm to their popular TV program by removing a fraction of an overall episode.”

Vicki’s suing to get an injunction to block the episode from airing as is, and also for damages.

This is interesting, Vicki must have forgotten calling Eddie Judge gay, David Beador abusive and even accusing Kelly Dodd of using cocaine. And … is being sued by Joan Lile an 82 year old woman who is accusing her of fraud.

Update: Vicki’s attorney states they have filed to dismiss the lawsuit against NBC Universal and Bravo. Vicki is still suing Kelly.