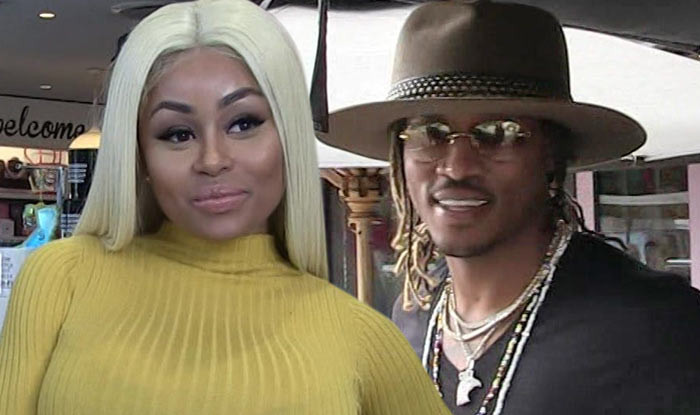 via TMZ:
Future’s not the least bit worried about what many call the “Kiss of Death” — Blac Chyna’s “Future” tattoo on her hand — and even though it’s super early in their relationship, he thinks the ink is dope.

Sources close to the couple say Chyna’s tatt proves they have a real connection. We’re told Future sees it as a very real, very permanent gesture of commitment … and while fans are just getting used to it, the ink isn’t even new.

We’re told BC actually got it on a whim, while Future was getting his own tatt (NOT her name) two and a half weeks ago. Reminder: They’ve only been together about a month!

The source says Chyna has zero regrets and lives by the motto: “It’s my body and I can do what I want with it.”

Including laser removal — in the highly unlikely event these two aren’t together forever.

Thought it was a drought