via TMZ:
George Zimmerman has just been ordered to stay the hell away from his GF after their domestic violence dispute yesterday during which he allegedly pointed a shotgun at her face and he’s also required to give up his firearms shotgun included.

Zimmerman just faced a judge in Florida for the first time since his arrest. During the hearing, the judge granted him $9,000 bond but on a few conditions.

Normally, a defendant is required to purchase his own monitoring device which can be pretty expensive but Zimmerman’s lawyer said he’s too poor so the judge waived the cost.

During the hearing, the prosecutor also recounted an additional domestic violence incident that allegedly occurred last week, during which Zimmerman allegedly choked his GF and then threatened to commit suicide. The incident was not reported to police. 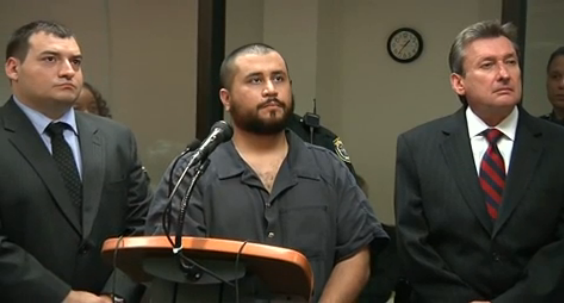