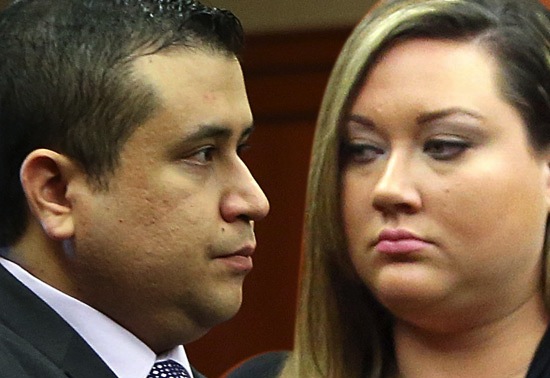 via TMZ:
George Zimmerman’s estranged wife has her hubby just where she wants him in a 5 x 7 cell so she can FINALLY serve him with divorce docs and we’re told that’s exactly what happened.

Shellie Zimmerman’s lawyer, Kelly B. Sims tells us with the help of the jailers, they were able to serve George in a solitary cell last night at the Seminole County Jail.

TMZ broke the story George has been dodging Shellie for months in her quest to serve him with papers to end their marriage, but he blew his cover yesterday after being arrested for allegedly threatening his current girlfriend with a shotgun.

Shellie filed for divorce from George Sept. 5, she says the marriage started going to hell even before the Trayvon Martin murder trial.

Poor Georgia Porgie, when it rains it pours. What are your thoughts? Post your comments below.