George Zimmerman To Ask For $200,000 From Florida For Court Costs 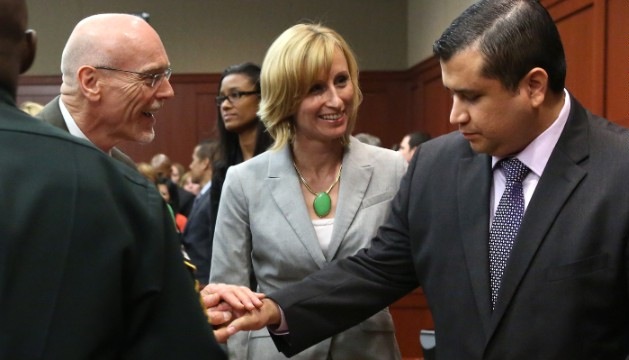 George Zimmerman’s lawyers, plan to ask the state of Florida to reimburse Zimmerman for at least $200,000 of expenses incurred during his trial. George, was acquitted of second-degree murder in the killing of Trayvon Martin

Under Florida law, an acquitted defendant cannot be held liable for court costs or any charges while detained in custody, as long as a clerk or judge consents to the refund. The costs may include money spent for expert witnesses, travel expenses and fees for transcripts.

“We’re not going to get it. The case law here is quite limited. Even though we’re going to ask for it, the amount that we’d most likely get is significantly less.”

Requests like these are fairly standard in the state. Casey Anthony, who was charged with murdering her 2-year-old daughter, filed a similar request after her acquittal in a Florida courtroom in 2011.

While the final accounting is still being tabulated ahead of the formal request, the highest expense in the Zimmerman trial were the expert witnesses.

O’Mara estimated the fees he would ordinarily have charged run approximately $1 million fees that don’t include the amount that would have been charged by co-counsel Don West, nor others on the team that put together the successful defense.

“I haven’t gotten one penny in fees,” O’Mara said. “I do have an agreement with George that if he comes into money, I would get paid.”

Currently, George is unemployed, but could potentially get major income through other sources such as writing a book, or any money resulting from a defamation lawsuit against NBC News for airing an inaccurate editing of Zimmerman’s call to non-emergency dispatchers the night Trayvon Martin was shot and killed on February 26, 2012. O’Mara estimated the total cost of defending George Zimmerman to be around $2 million.

Woman Sees Her $1,000 Stolen Bike For Sale On Craigslist, STOLE It Right Back From Thief After She Made Appointment To Buy It