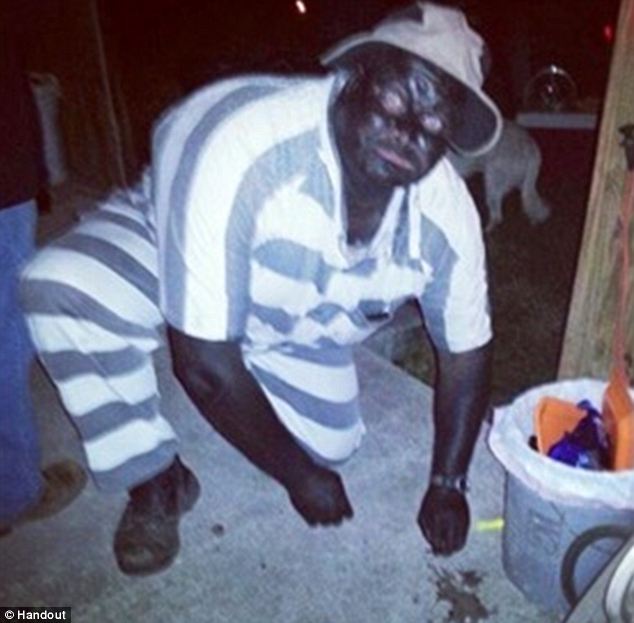 via First Coast News:
There are strong reactions from the community today after FCN discovered this photo of a Camden County Sheriff’s Deputy, allegedly in blackface at a Halloween party. In the photo, the man can be seen with black paint covering his face and arms, wearing a jail uniform. People at the party told First Coast News the deputy said he was a Camden County inmate, and he was picking cotton.

In a phone conversation with First Coast News, a spokesman for the Sheriff told us the costume was, “unacceptable,” but would not comment further.

“Look at it. A white man with a black face, this just isn’t right. It can’t get more racist. It can’t,” said Shelia Blake.

Blake has a hard time looking at the picture of who the Sheriff confirms is Camden County Deputy Chad Palmer in blackface.

“I think this is disgusting. For this to be up at our Sheriff’s office. This is not right,” she said.

Taken at a private Halloween party, the picture has been shared thousands of times on social media sites. That’s how Pastor Mack Knight saw it.

Knight had a two hour closed door meeting with the Sheriff Tuesday to let him know how some people in town felt about the picture.

“Outraged. My first reaction was this was totally unethical. Unprofessional and should never have happened,” Knight said.

Sheriff Jim Proctor only found out about the picture after First Coast News sent him a copy.

Proctor will not comment publicly about it until Wednesday, but Knight says the Sheriff told him it was a totally inappropriate costume.

“Out of all of the characters that this police officer could have chosen, he chose to go as a slave, an inmate, picking cotton,” Knight said.

We tried to talk to the deputy about the picture two days in a row, but he wouldn’t come to the door either time. Shelia Blake thinks he has some explaining to do.

“That is bad. For this to be a deputy doing something like this. This isn’t causing anything but a war in Camden County. It’s not good for Camden County,” she said.

In light of the picture, some people are calling for Palmer’s arrests to be reviewed, saying this photo shows a clear personal bias. The Sheriff has called a news conference to discuss the costume tomorrow. The woman who first saw the photo and posted it to Facebook told First Coast News she was scared of retribution, and she thinks the photo clearly shows a bias in the department.

Limo Company Asks Black Customer: “Are You People Rude Because You Were Slaves For So Long?” 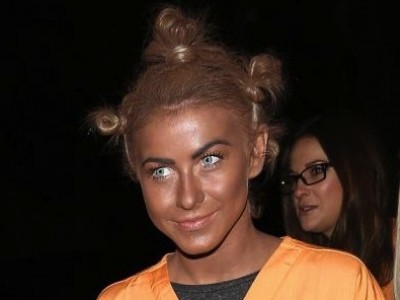 Limo Company Asks Black Customer: “Are You People Rude Because You Were Slaves For So Long?”