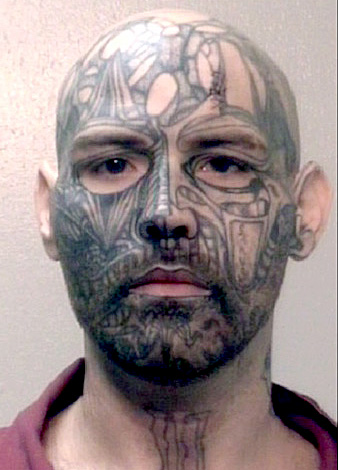 via Times-Herald:
Coweta County Sheriff’s deputies arrested a Sharpsburg man for the rape of a 12-year-old.

According to Lt. Col. James Yarbrough with the Coweta County Sheriff’s Office, Shalin Ren Payne, 29, was babysitting his fiancée’s 12-year-old daughter on Monday evening while she was at work.

Payne reportedly chased the victim through the home and broke down the bathroom door where she had attempted to barricade herself. Payne then threw her to the floor, holding her down and choking her, while her 4-year-old brother sat outside of the bathroom, unable to stop the attack which lasted less than an hour, Yarbrough said.

When the mother of the victim arrived home from work, she found Payne on top of her daughter and attempted to stop the assault by slamming a glass dish on top of his head. She was then physically assaulted by Payne before he fled the home in the nude.

Deputies responded to a 911 call at 8:30 p.m. and were able to apprehend Payne after he attempted to elude deputies on foot, according to Yarbrough.

Authorities transported the victim to Piedmont Newnan Hospital and then to Scottish Rite Hospital in Atlanta for further examination.

Payne was arrested on charges of rape, sexual battery, aggravated sodomy and aggravated assault and was taken to the Coweta County Jail. He may be facing additional charges, according to Yarbrough.

Shalin Ren Payne had been released from prison last April. He was on parole after serving a two-year prison term for burglary and was also in prison from 2004 to 2007 and 2010 to 2012.