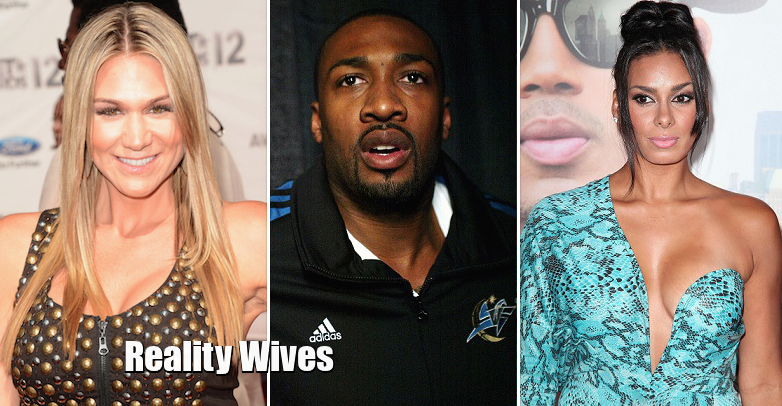 Former Basketball Wives LA star, Laura Govan and her children with ex-fiance Gilbert Arenas, 33, have 60 days to vacate their home, which is paid for by Gilbert.

Gilbert Arenas wants Laura and their children to vacate the premises and he’s giving her and the kids 60 days to leave according to Baller Alert.

According to the court documents, Gilbert pays for the home and all of the expenses including the mortgage, property taxes and insurance which total $16,000 a month. Gilbert has been ordered by the court to continue paying, but it’s not specified in the court order who gets to keep the home, so Gilbert has taken it upon himself to make that decision.

Gilbert wishes to return to the home so Laura has to go. He’s giving her 60 days to voluntarily do so or he will ask the court for an eviction notice. If Laura complies, Gilbert will help Laura move and put down the first and last month and security deposit on a new home. Gilbert also wants Laura to return the Escalade he pays for and use her child support payments to get her own vehicle. 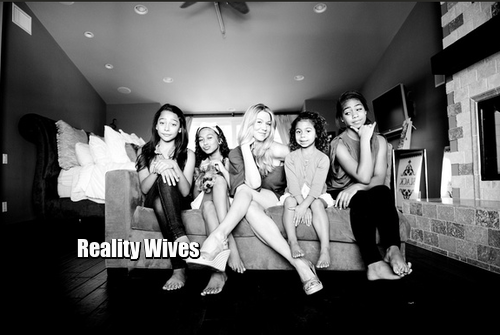 Gilbert responded to fans calling him a deadbeat by what else? Responding on social media with this sermon:
“I always read about what kind of dad I am but I’ve never posted about it so who’s telling yall??let me guess the mother RIGHT im a Deadbeat??…well here yall go…I get my kids every #weds #everyotherweekend #jointcustody #nonannyAllme #cook #nomaid…I set up their college funds..each child has over 300k towards college..also they have their own personal bank accounts,I put 10k each bday…I get 20k a month for person spending I put 2k in each account like clockwork EVERY MONTH leaving me with 12k…I also pay for their private schooling,meals,clothes,shoes..house cars..I personally cover every aspect of my kids life….NOW the victim…she gets 20k a month but if u read what I do then ask urself what does she do with 20k…she has to feed the kids at home, pay for gas to get them to school and pay her phone bill andddddddd that’s it….that’s all she’s responsible for in our kids lives….she gets 20k to buy her self clothes for #IG for u fucks to hit the like button…..I wasn’t gonna leave my kids future in her hands…she has 2 million dollar closet but my kids look like their bums half the damn time they get posted and I’m the #Deadbeat….if I’m a #deadbeat and a bad father WHAT the fuck are the rest of the fathers called??? Yall can call me what u want but i bet yall want me as ur baby daddy smdh “ 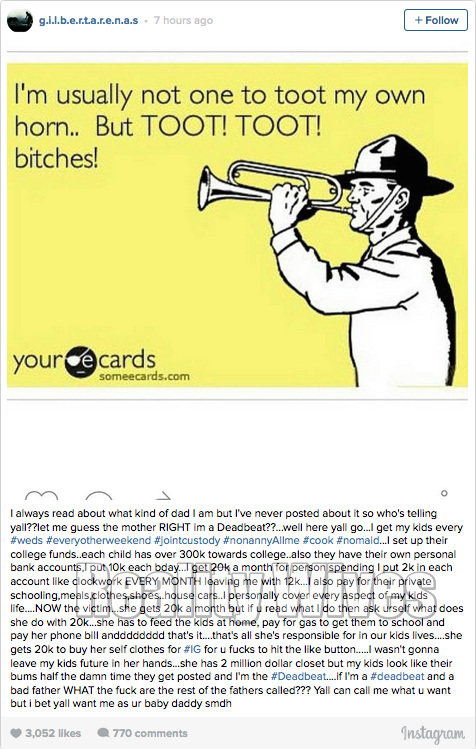