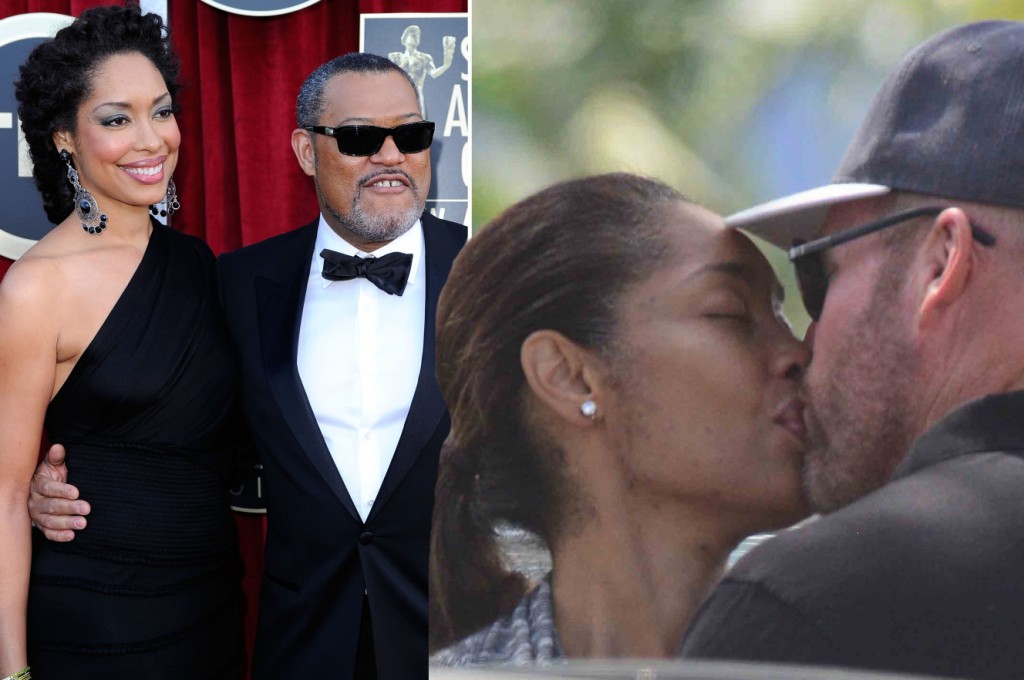 Laurence Fishburne’s wife, the actress Gina Torres, has been spotted hooking up with a different man.

Photographs of Torres, who starred until recently in USA’s “Suits,” show her passionately kissing a mystery man last week.

Torres and “Black-ish” star Fishburne have been married since 2002, but it seems as if the pair may have quietly split. They last appeared publicly together in December 2015, and they’ve both made multiple public appearances — including premieres for their own projects — solo since then.

We’re told that Torres and her new beau spent over an hour having lunch at the Sweet Butter cafe in Los Angeles. Torres, who wasn’t wearing a wedding ring, was seen holding the man’s face in her hands and kissing him across the table.

In January 2016, not long after their last public appearance together, Torres referred to herself as Fishburne’s wife in an interview with Hello! magazine. But in September 2016 Torres told the New York Times that she had quit “Suits” after six years on the legal drama partly because “my personal life needed to be tended to.”

It was recently announced that native New Yorker Torres is to star in a yet-to-be-named “Suits” spin-off, set to debut in 2018. She will also serve as its executive producer.

Fishburne and Torres both starred in “The Matrix Reloaded” and played a married couple in NBC’s “Hannibal” from 2013-2015. They married at the Cloisters in Upper Manhattan and have a 16-year-old daughter, Delilah, together.

Reps for Torres declined to comment and a rep for Fishburne didn’t get back to us.