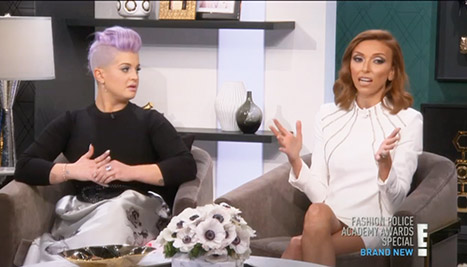 via US Magazine:
Should’ve listened. While Zendaya has publicly forgiven Giuliana Rancic for her comments about her dreadlocks, Us Weekly can exclusively reveal that the E! News host could have avoided the entire fiasco, had she listened to her co-host Kelly Osbourne.

A source from the set of Fashion Police tells Us that the taping — which took place the day after the Oscars on Monday, Feb. 23 — was halted and re-done multiple times due to the sensitive nature of Rancic’s comments, which were called into question by Osbourne.

“They did the Zendaya segment three times,” the insider tells Us. “Three different takes. On the first two takes, Kelly said ‘Guys, we can’t say this. Zendaya is a friend of the show.'” (Indeed, Zendaya has previously appeared on Fashion Police more than once. Osbourne, meanwhile, tweeted publicly about her friendship with the Disney star after Rancic was called out for her comments.)

Despite Osbourne’s protests, the source tells Us that producers went ahead with the third and final take. “Giuliana said the words ‘patchouli oil’ and ‘weed’ three times,” the insider recalls, in front of an audience of about 30 people. “They all heard the three takes,” the source tells Us.

The situation worsened to the point that Rancic had to issue a public apology on Tuesday, Feb. 24, while hosting E! News. “I’d really like to address something that’s weighing very heavy on my heart,” Rancic said. “I want to apologize for a comment that I made on last night’s Fashion Police about Zendaya’s hair. Something I said last night did cross the line. I didn’t intend to hurt anybody, but I’ve learned it’s not my intent that matters, it’s the result.”

On Wednesday, Zendaya accepted Rancic’s apology with a lengthy, eloquent explanation of her own. “Body shaming and other hurtful tactics will never get the job done,” she wrote. “Giuliana, I appreciate your apology and I’m glad it was a learning experience for you and for the network.”

UPDATE: An E! rep denies that there were multiple takes, saying, “There was only one take of Giuliana’s comments. Kelly did let the group know Zendaya is a friend of hers.” 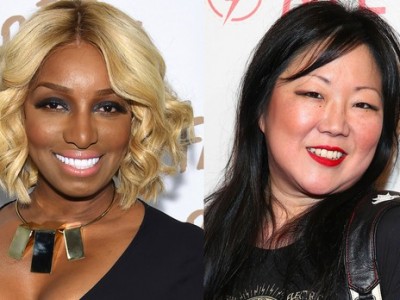 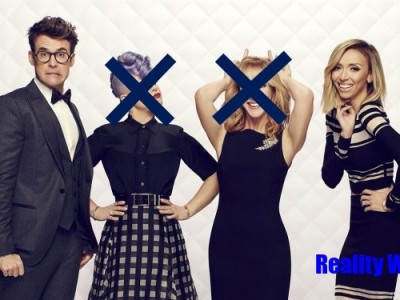