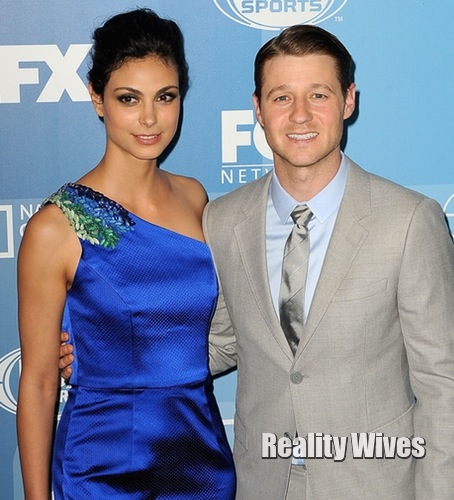 via TMZ:
Morena Baccarin — the “Homeland” star who played Brody’s wife — will go to court today in her divorce case and reveal she’s pregnant, and the father is her “Gotham” co-star Ben McKenzie.

Baccarin filed documents Thursday asking the judge to award joint custody of their 1-year-old son … but here’s the kicker … she wants her estranged husband, Austin Chick, to move from L.A. to New York where she films the show.

We’re told Baccarin is at the end of her first trimester. Even though she’s able to fly now, she wants the judge to make a proactive order since there will come a point where she can’t get on planes to pick up and deliver their son.

We’re told the couple is excited about the new baby.

Update:
Morena Baccarin just won big in her custody hearing … and now her kid will be shacking up with her in NYC.

A judge made the ruling in LA on Thursday — Baccarin’s one-year-old son she had with estranged husband Austin Chick will mainly live in NY with his mom. However, the couple will split joint custody.

Baccarin’s attorney Samantha Spector tells TMZ … Chick will still be able to visit his son once a month for 8 days, but he has to give a 15-day-notice before making a trip.

Chick will be able to bring his son back to LA every two months for an 8 day visit. We’re told Baccarin will have to foot the travel expenses, but only has to pay for coach seats, no first class.