Imagine getting a bill named after you because of your racism.

New York’s Governor Andrew Cuomo wants state lawmakers to pass a bill next week making it a hate crime when 911 callers make a false accusation based on race, gender or religion.

The legislation, first introduced in 2018 and carried by Assemblyman Felix Ortiz (D-Brooklyn), was rejuvenated last month by a now-viral incident in Central Park showing Amy Cooper, a white woman, calling the cops on a black man after a harmless dispute over her dog.

“We’ve seen 911 calls which are race-based, false calls. A false 911 call based on race should be classified as a hate crime in the state of New York,” Cuomo said during his now-daily briefing in Albany Friday.

He’s added it to a list of law enforcement reform policies he’s supporting when the Legislature returns to session in Albany Monday. 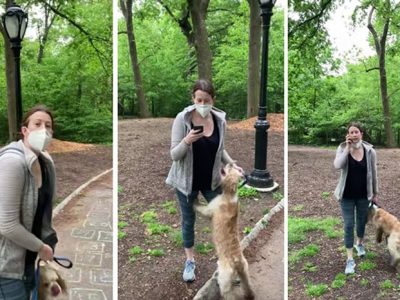