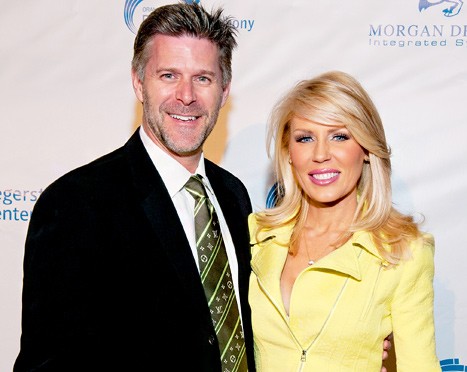 Gretchen Rossi and Slade Smiley called off their 23rd May wedding, (who knew they claimed this date as their wedding). The long time engaged couple once stars on the Real Housewives of Orange County revealed she didn’t get married to her fiance and how they’re not giving up on their dream of welcoming a baby.

“Unfortunately, fairly quickly we found out that a lot of family members already planned trips for that Memorial Day weekend so we were unable to have it that weekend.”

According to the couple’s busy work schedules their current wedding plans are up in the air, she insisted that the couple will eventually get married.

Gretchen says her former co-stars would be invited.

“Lydia (McLaughlin), Terry and Heather (Dubrow), Jeana (Keough), Lauri (Peterson) and Peggy (Tanous), and lot of the other housewives in other franchises would probably be invited,” she dished.

The couple claims they’re trying to have a baby.

“We’re still trying to have a baby. I have a three bedroom home. One of the bedrooms I turned into a closet and the other we now need to make into a nursery hopefully.”

More in Real Housewives Of Orange County (137 of 364 articles)