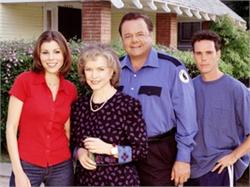 Housewives of Orange County starred on the short lived CBS drama That’s Life from 2000-2002, which was later re-run on UHD last year. Here is the pilot episode of That’s Life on which Heather played Lydia DeLucca.

The all star cast included: Paul Sorvino as her father, Ellen Burstyn her mother, Kevin Dillon her brother and Debi Mazar her best friend.

More in Real Housewives Of Orange County (287 of 363 articles)